You are at:Home»Current in Zionsville»Zionsville Community»Brackets For Good adds state-wide fundraising tournament

Brackets For Good has branched out again, this time in the state. 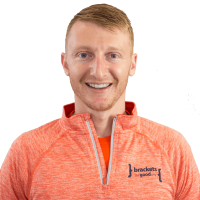 Brackets For Good, an online bracket-style fundraising tournament, is based on the north side of Indianapolis. Nonprofits compete to raise more than their opponent in the bracket, gaining exposure along the way. The tournament winner earns $10,000 from corporate sponsors. Co-founder and Executive Director Matt McIntyre lives in Zionsville.

McDowell said Valeo officials shared their interest in adding new a tournament that included nonprofits outside of Greater Indianapolis, and Brackets For Good officials naturally approved.

Thirteen tournaments across the nation will start March 2 and end April 6.

McDowell said the nonprofits are now completing the tryout survey, built by Indiana University’s School of Public and Environmental Affairs.

“We select which 64 nonprofits compete in each of the tournaments,” McDowell said. “We use that information to put them in friendly and even match-ups in round one. We don’t want a David versus Goliath scenario. We ask questions about operating budgets, staff and social media followers so we’re making sure we are creating the most fair match-ups possible.”

The selections will be announced Jan. 29 by Brackets For Good officials. A pep rally will be held from 6 to 8 p.m. Feb. 15 at the Lids headquarters in Zionsville. It will be live streamed across the nation to the other sites.

McDowell said the bigger organizers usually use a lot of resources

“Rarely does the biggest organization win, so it’s a lot of fun,” McDowell said.