You are at:Home»Current in Zionsville»Zionsville Cover Stories»It’s a lock: Even after parting ways, barbers’ longtime friendship makes the cut 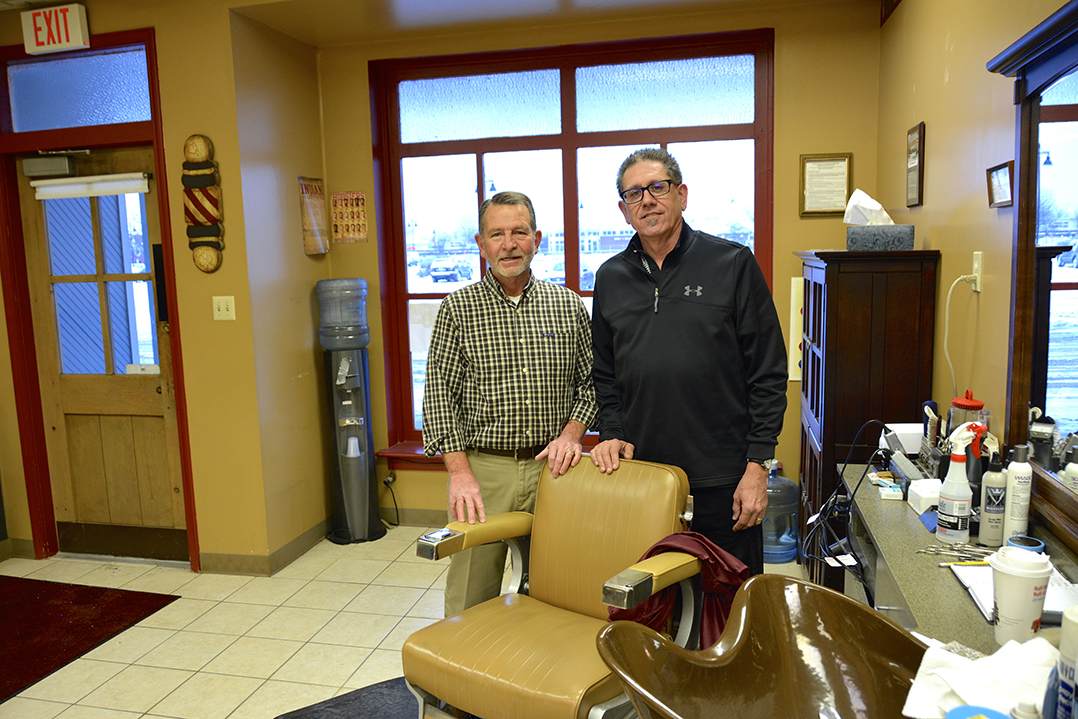 When Mike Nell stepped into the Boone Village Barber Shop in 1978, he had no idea he would still be working there four decades later.

Instead, he purchased the shop in 1989, raised his family in Zionsville and has no immediate plans to retire.

For 29 of those years, Joe White trimmed hair beside Nell. Even before working together, the two have been cutting hair in Zionsville longer than anyone else.

“We’ve been through the good, the bad and the ugly,” White said.

Both men experienced divorces, family deaths and child-rearing during their time working together.

The partnership ended in early January when White moved to Noggin Barber on First Street in Zionsville. At age 61, he wanted a new environment and to work four days a week instead of six.

Nell and White observed many industry changes throughout their decades working together. Nell said there were no other nearby options in town until 2000, and now he estimates approximately a dozen hair salons are within a few miles, many touting speed and price.

Getting a quality haircut is something White said gives local businesses an edge over chain stores.

“People in this place are all about quality,” White said.

Nell noted that during his 1,500 hours of barber school, most of the training time was devoted to cutting hair. Beauty school training, which White received, is the same duration but also teaches color, perm, massage, manicure and pedicure.

“When you’ve been in the business this long, the first thing you notice is their hair,” Nell said. “A bad haircut will catch your eye, and there’s a lot of them out there.”

Before partnering with Nell, White worked in a beauty shop next door to Boone Village Barber Shop. During slow periods, the men would converse while sitting on an outdoor rail by the sidewalk.

“We used to call it the hitchin’ post,” White said.

Those hitchin’ post chats were the foundation of a friendship that grew when White joined the shop in 1988. He was hired on the spot by then-owner John Foerg, who was desperate for another barber. Foerg sold the shop to Nell the next year, then returned to work for Nell years later.

Each barber in the shop is self-employed, renting the chair and space. Nell provides everything but tools.

Sitting in his barber’s chair, reflecting on their time together, Nell is a bit more quiet and reflective than the outgoing White.

Because of White’s charismatic personality, he was asked to take the first chair by the door within days of starting. It’s the spot to greet and chat with waiting customers.

“Joe is as social as you get,” Nell said. “Joe is really good for the front chair.”

When Zionsville’s population began to boom in 1992, the barbers sometimes worked from 9 a.m. until 7 p.m. without a break, cutting up to 35 heads of hair each day. The number of clients has scaled back significantly the past decade, and while Nell and White don’t miss the exhaustion of those busy days, they’ve seen the negative impact chain businesses can have on a locally owned shop.

Their own children graduated years ago, and most of the teachers they knew have retired, leaving a gap in their connection with the schools. Yet, they’ve seen some resurgence in young clients thanks to the Zionsville Moms Facebook group, which Nell hopes will bring the barber shop experience to a new generation.

When White told Nell he was leaving Boone Village Barber Shop, it was emotional for both men.

Yet, Nell said he misses seeing his friend daily more than losing a barber.

“Anybody can cut hair next to me,” Nell said.

“He and I ended this thing the way that two really good friends should walk away,” White said. “We walked away as friends.” 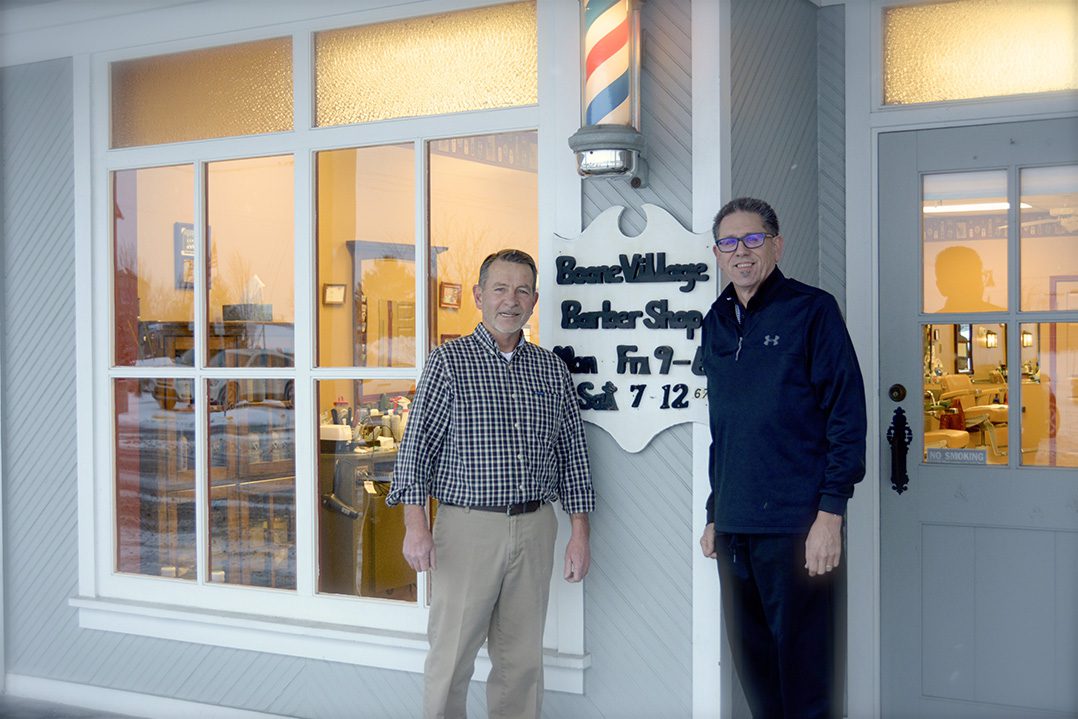 Mullet: “I thought it was pretty darn good looking for the longest time,” said White, showing a photo of himself with the hairstyle. “As unflattering as it was, it lasted a long time.”

Dorothy Hamill cut: “That’s when women opened up to coming to the barber,” Nell said.

Military cut: “That (trend) probably hurt us,” Nell said. “Kids were coming in about every two weeks. We didn’t have room for new people. When they started letting it grow out we lost three or four years of new people.”

Skater cut: “It lasted the longest, but we hated it,” Nell said. “The bowl cut that was shaved underneath.”

Favorite cut: “The cuts that we enjoy the most are the ones that challenge us creatively,” White said. Then he quipped, “Each day a barber has a favorite haircut. Our last one.”