You are at:Home»Current in Carmel»Carmel Community»Carmel reopens River Road before project completion 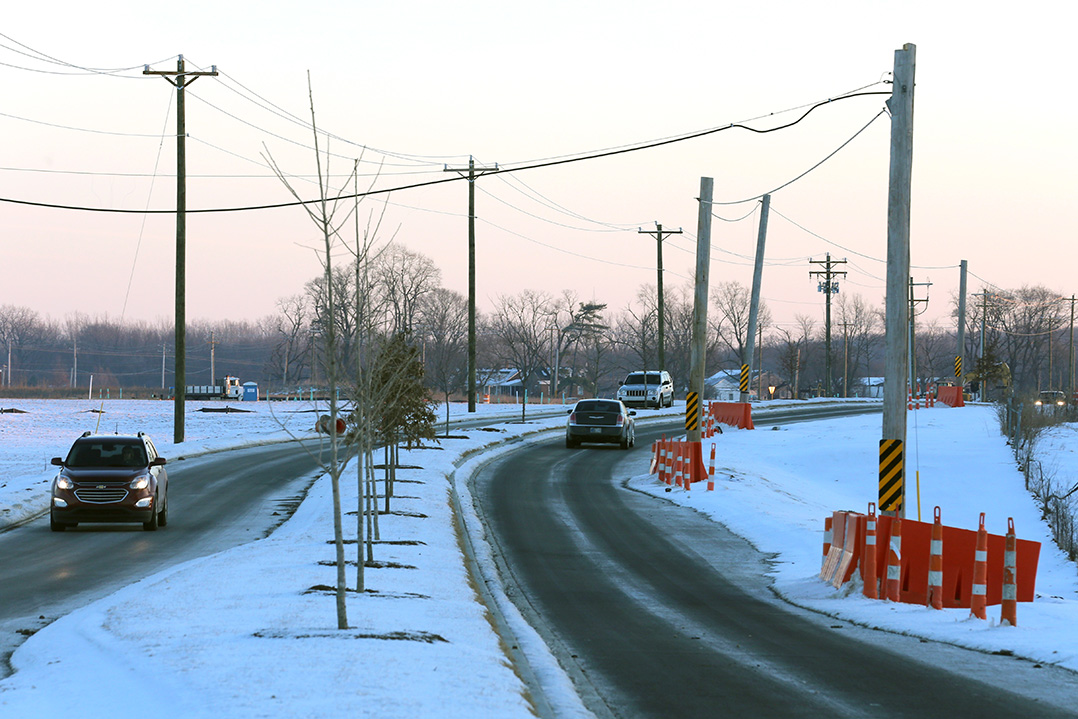 Barricades are in place on River Road until utility poles are removed. (Photo by Ann Marie Shambaugh)

River Road has reopened in Carmel despite the project not being completely finished.

The city has completed its portion of reconstructing the road between 146th Street and Community Drive into a two-lane boulevard and adding a roundabout at Cherry Creek Boulevard, but Duke Energy has not removed some of its utility poles. The Carmel Street Dept. on Jan. 11 placed barricades around the poles to allow traffic to pass by. The speed limit in the area has also been lowered to 25 miles per hour.

The project, which began in August 2017, was expected to be complete in the fall.

“We appreciate the patience shown by our residents, particularly in this part of the city,” City Engineer Jeremy Kashman stated in a press release. “But we did not feel it was fair to commuters to keep that road closed when the only thing left to do is to move the utility poles that should have been moved weeks ago.”

Duke Energy Community Relations Manager Mark LaBarr said that Duke has completed construction of the new poles but is unable to remove the old ones until companies with equipment on top of the old poles move it to the new ones.

“They either have to transfer them to the new poles or put something else in, because that’s their active communication system,” he said. “Once they got those conductors off those poles, then the poles can be removed.”

LaBarr could not confirm which companies own the equipment, although he said the companies are aware of the situation and have acknowledged that they will move it. The timeline is unknown.

“They were made aware early on in this project that those facilities needed to be transferred,” LaBarr said.

The detour situation will be monitored, and if it the temporary arrangement appears to be a safety concern the city may close the road again.