The Noblesville Lions Club hopes an unorthodox fundraiser will raise between $6,000 and $7,000 for leader dogs for the blind throughout the state. 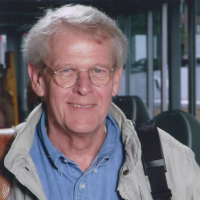 The inaugural dodgeball tournament will feature 16 teams in two leagues. It begins at noon March 10 at Ivy Tech, 300 N. 17th St., Noblesville. Eight teams will each play double-elimination in the American League and the National League. The final two teams will face off for the best two out of three games. Medals will be provided to the winner and runner-up.

Former Noblesville Lions Club president and event coordinator David Marsh said teams aren’t required to be members of a Lions Club. He has reached to police and fire departments throughout the county in search of teams. Teams of eight cost $80.

“We are charging $80 a team, or $10 a person,” Marsh said. “In that, we are providing team shirts, and on the front of the shirt they will have a team name or logo, and medals are provided for the first- and second-place teams.”

Marsh said most of the funds will come from sponsorships. Sponsorship opportunities range from silver to gold to platinum, with prices ranging from $200 to $600. Sponsorship purchase includes tickets, signage and more.

For the general public to attend the event, adult tickets are $3, student tickets are $2, younger than first grade is free, and family packages are $8.

Marsh said the Lions Club prefers to have all teams and sponsorships signed up by Jan. 31, although there is no set deadline.

To sign up a team or to learn more, email Marsh at davestravel1@prodigy.net.