You are at:Home»Current in Geist»Geist Cover Stories»Facelift at the Fort: Historic Theater at the Fort gets a facelift from Arts for Lawrence 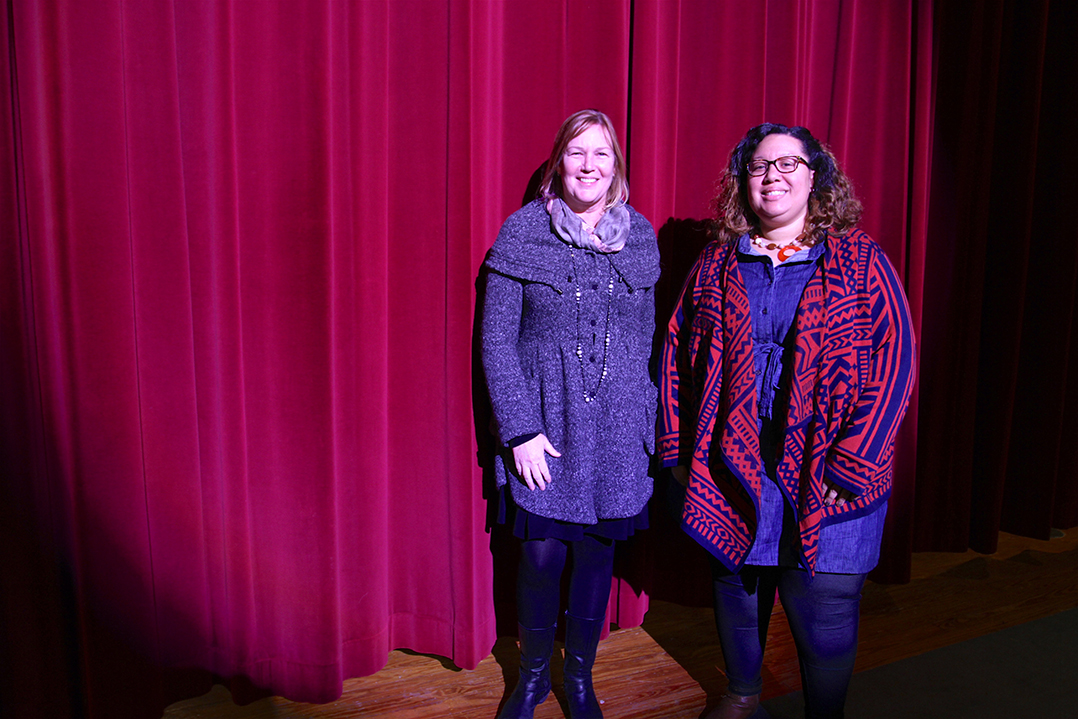 Judy Byron, left, and Lecia Floyd talk on upgrades to the historic Theater at the Fort in Lawrence. (Photo by Sadie Hunter)

Anyone who has walked or driven by Theater at the Fort in the Fort Harrison area the past few weeks might have noticed some significant work being done to the historic building’s vestibule.

The building, operated and maintained by Arts for Lawrence, 8920 Otis Ave., is getting a facelift, most notably the reconstruction of its front lobby and entryway.

Originally, the theater — constructed in 1929 to provide entertainment for the servicemen stationed at Fort Harrison — did not have an enclosed lobby. It was open-air under a small roof.

“It was closed in probably, we’re guessing, sometime in the ’40s,” said Judy Byron, executive director for Arts for Lawrence. “(The enclosure) was built on a foundation that probably wasn’t supposed to be load bearing, so it was sagging. The concrete was shifted, breaking, and it seemed like every time we stepped out there, another chunk of concrete would come off. The walls were separating, and you could see the air through them, so it needed to be repaired.”

Working with the Fort Harrison Reuse Authority, Arts for Lawrence’s proposal to not only repair but change the entryway was accepted. Because the theater is in a historic district and must keep the same footprint as the original structure, Arts for Lawrence is required to get the approval of the Fort Harrison Reuse Authority and the State of the Indiana’s historic architect via the Dept. of Natural Resources.

“We then applied (in December 2016) for a grant from the Lilly Endowment for $28,000, which was the estimate to complete the reconstruction,” Byron said. “They gave us the full amount (in spring 2017), and it was part of their summer youth program fund’s capital improvement grant.”

When complete, the new lobby will be insulated and have heating and cooling. Price Construction Group, LLC is the project’s contractor.

“Anyone who has been to the theater before knows that we use that outer lobby a lot,” Byron said. “Often, the doors wouldn’t open for a show, and people would be stuck outside in the not-so-comfy weather. So now, it will be much more comfortable and we’ll be able to prop those doors open (year round).” 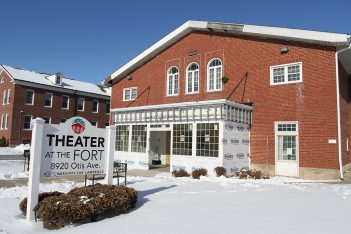 The new outer lobby is near completion at Theater at the Fort. (Photo by Sadie Hunter)

Aside from the obvious changes to the theater’s façade, Arts for Lawrence also is making changes outside and inside the lobby by raising money to place poster boxes for upcoming performances and outdoor shows as well as constructing a new box office inside the secondary lobby.

“That really has helped in improving the lobby, too,” Byron said. “We designed it so that it looked period appropriate, and Phil did an excellent job crafting it. The DNR historic architect came to visit the theater when we were making plans to renovate the lobby, and (the placement) was his suggestion. I was explaining to him that we really needed a bigger box office, and he was the one to point to the window and say that was most likely where the box office originally was.”

Arts for Lawrence also is raising money for a new marquee after the Fort Harrison Reuse Authority and DNR gave approval.

“We’re about a quarter of the way there,” Byron said of the $14,000 goal. “It will wrap the outer lobby and will have the old fashioned, big bulbs, but they’ll be LED, so it will be energy efficient. Because we’re in a historic district, we can’t do anything digital.”

The next project Arts for Lawrence will raise money for is an outdoor patio that connects to the Sterrett Center, which is directly east at 8950 Otis Ave.

“Not only will it connect the two buildings, but it will connect to the handicapped parking and will make one of our house exits handicap accessible,” Byron said. “Having an outdoor space that we can use is important.

Overall, Byron said there are many small projects that make up Arts for Lawrence’s wish list. As a nonprofit, the organization relies solely on grant funding and donations to make upgrades.

“Right now, we add projects as we get the funding,” she said. “The marquee is next, and I feel 100 percent confident that that will happen in 2018. The patio is next after that, and then we’re always looking for volunteers to come help with the little projects.”

To become a volunteer or donate to Arts for Lawrence, visit artsforlawrence.org. 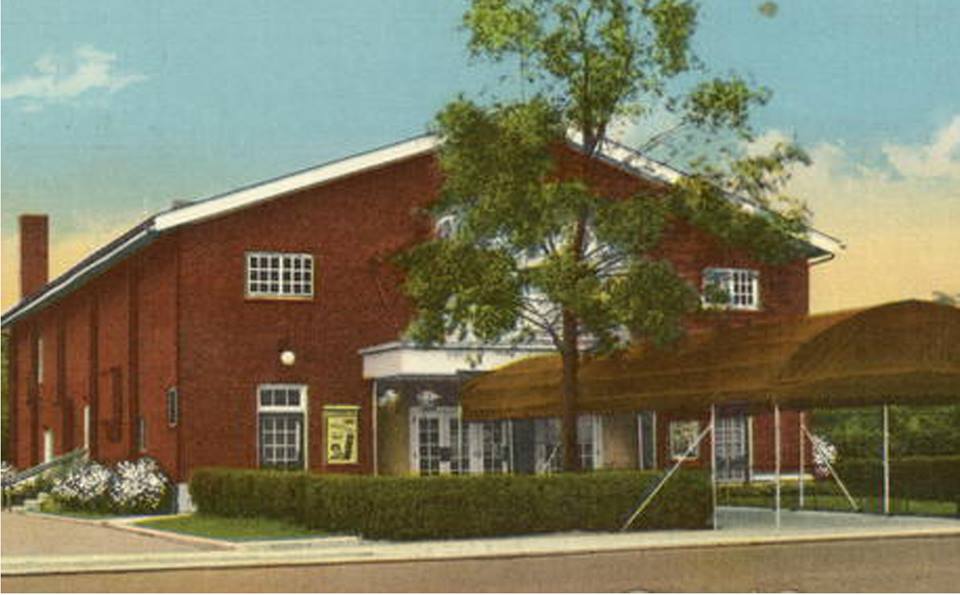 An old postcard featuring Theater at the Fort shows the open-air outer lobby on the building’s façade. (Submitted image)

Theater at the Fort was constructed in 1929 to provide entertainment – both live theater and film screenings – for the servicemen stationed at Fort Harrison.

A fire in the early 1980s ruined much of the seating area. It was replaced in 1985, but the theater closed shortly after that. From there, aside form its use as a practice hall for the National Guard Reserve Band, the theater was not used for public programming for nearly 30 years.

Arts for Lawrence worked with City of Lawrence administration for nearly eight years to make the building its headquarters. They moved in in 2015, just after the National Guard Reserve Band moved out.