You are at:Home»Lifestyle»Travel»Column: Ramesseum: temple for eternity 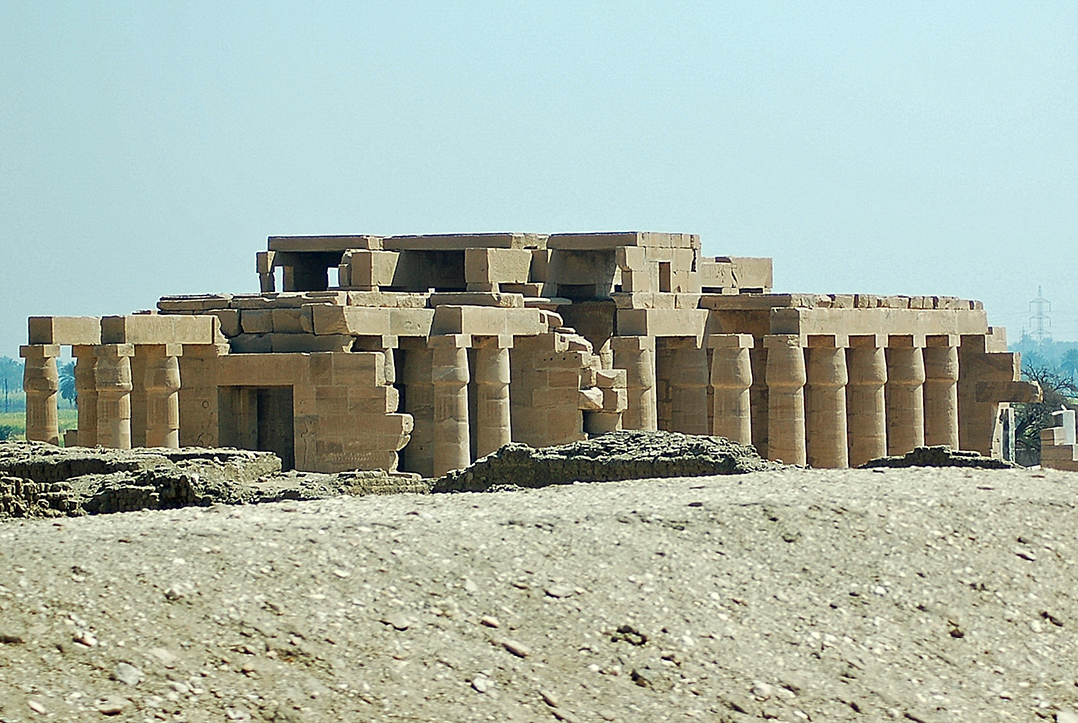 Ruins of Ramesseum, near Luxor, Egypt (Photo by Don Knebel)

Ramses II, often considered the pharaoh of the Exodus, ruled Egypt for 66 years until his death in 1213 B.C. Called Ramses the Great for his extraordinary construction projects, his most important building did not last nearly as long as he had hoped.

Like other pharaohs, Ramses looked forward to being worshipped forever as a god. Early in his reign Ramses began building his mortuary temple on the west bank of the Nile, southeast of the Valley of the Kings where he would be entombed. When completed, Ramses’ colonnaded temple covered more than 9 acres, making it the largest structure since the Pyramids of Giza, built 1,500 years earlier. At the entrance to the temple, named the “Temple of Millions of Years,” workers erected a 60-foot monolithic statue of a seated Ramses, transported 170 miles from a quarry in Aswan. The temple’s walls were covered with hieroglyphs celebrating Ramses’ military triumphs. One scene commemorated Ramses’ raid of a city named Shalem, which many believe referred to Jerusalem. Granaries near the temple stored a year’s supply of grain for 20,000 Egyptians.

In building his temple for eternity on the banks of the Nile, Ramses apparently did not anticipate the devastating effects of the river’s annual flooding. The temple, now known as the Ramesseum, fell into ruins well short of its expected million-year life. Subsequent pharaohs scavenged the ruins for their own temples. First century Christians used what was left as a church, and the Ramesseum was eventually obscured by blowing sands. When the ruins were rediscovered during Napoleon’s invasion of Egypt in 1798, only a few pieces remained of Ramses’ colossal statue, considered the largest ever erected.

Although Ramses’ temple did not last forever, his genetic legacy probably will. Ramses is the eighth-most prolific father in history, siring 162 children.