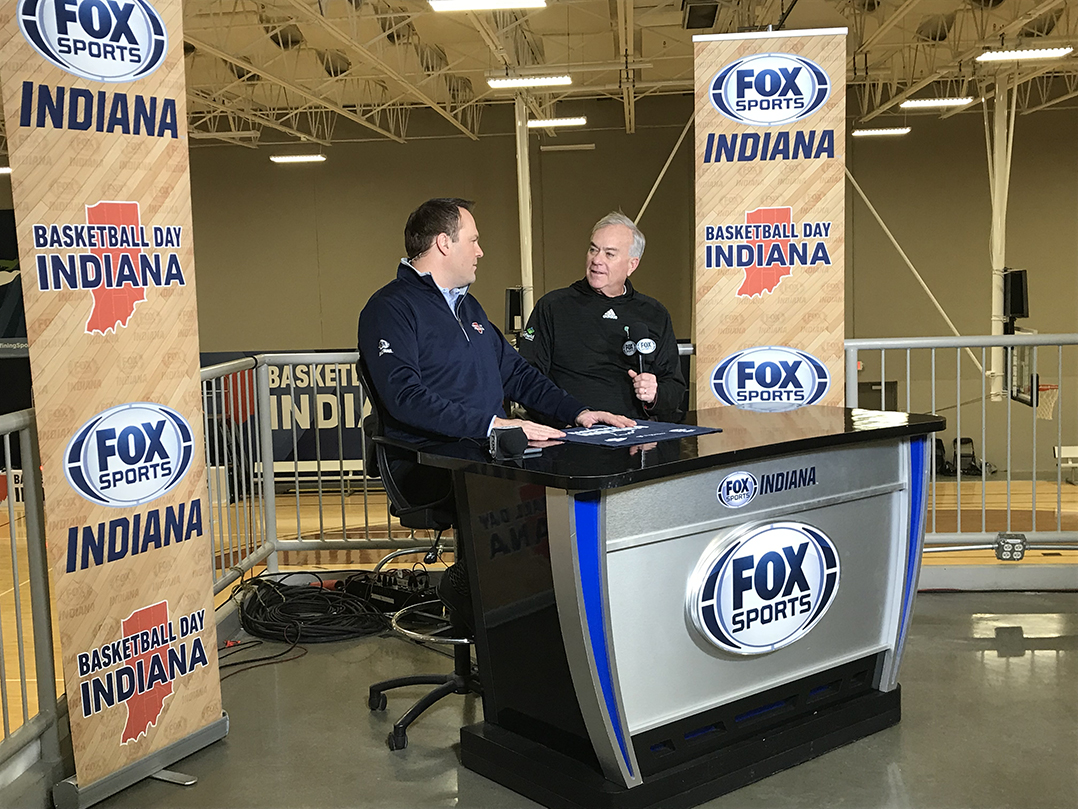 Squeaking shoes, bouncing basketballs and the occasional shout filled the newly christened  Pacers Athletic Center Jan. 6. It was Basketball Day in Indiana, and the fieldhouse was celebrating the state’s favorite sport as well as kicking off its winter league, which grew by more than 100 percent over last year’s participation.

Different teams filled each court. A few of the Indiana Pacers Pacemates roamed the fieldhouse and Westfield Mayor Andy Cook spoke live with Jeremiah Johnson, a television host for the Pacers.

Later in the day, a high school basketball game between Broad Ripple and Crispus Attucks was televised prior to the Pacers vs. Bulls game that evening.

Andy Card, the entrepreneur behind the fieldhouse, said the facility’s focus is growing youth sports – a goal emphasized by the “We Grow Basketball Here” motto displayed across the main court.

Card prides himself for bringing one of Grand Park’s first private sector developments to the area. He his building similar fieldhouses around central Indiana to support the Pacers Athletic Center.

“One of the reasons why I came up here and put our first facility here was because of the infrastructure in place,” Card said. “Not only the roads and streets, but also the investment the City of Westfield had put into Grand Park. That investment by the city was a 100 percent game changer that ultimately made my decision to come build my first facility here.”

Mayor Andy Cook, the visionary behind Grand Park, said bringing in the private sector was  always the plan.

Another private sector development Cook referenced is Pro X Athlete Development, a multi-million training facility proposed near Grand Park Events Center that would provide training and rehabilitation for an array of sports.

Although other private sectors are just starting to lauch businesses near Grand Park, Card has experienced significant growth. He said the team count has increased 100 percent from last year. For the winter league, the most popular in basketball season, nearly 500 teams are participating. When the fieldhouse held its grand opening in January 2016, there were zero.

“We thought about adding courts to our plan, and our model right now is to build other facilities within range so they can collaborate,” Card said. “The next facility is in Finch Creek in Noblesville.”

Card said an announcement will come later this month of another facility in the far north end of Hamilton Count  and on the west and south sides of Indianapolis.

“Our idea is to be able to provide facilities and amenities around Indianapolis and allow them to work together on weekends for larger tournaments,” Card said. “Not only does that enable us to have the growth we want to have, but also the ability to attract tournaments globally.”

A formal ribbon-cutting ceremony will soon be announced for the newly named Pacers Athletic Center. 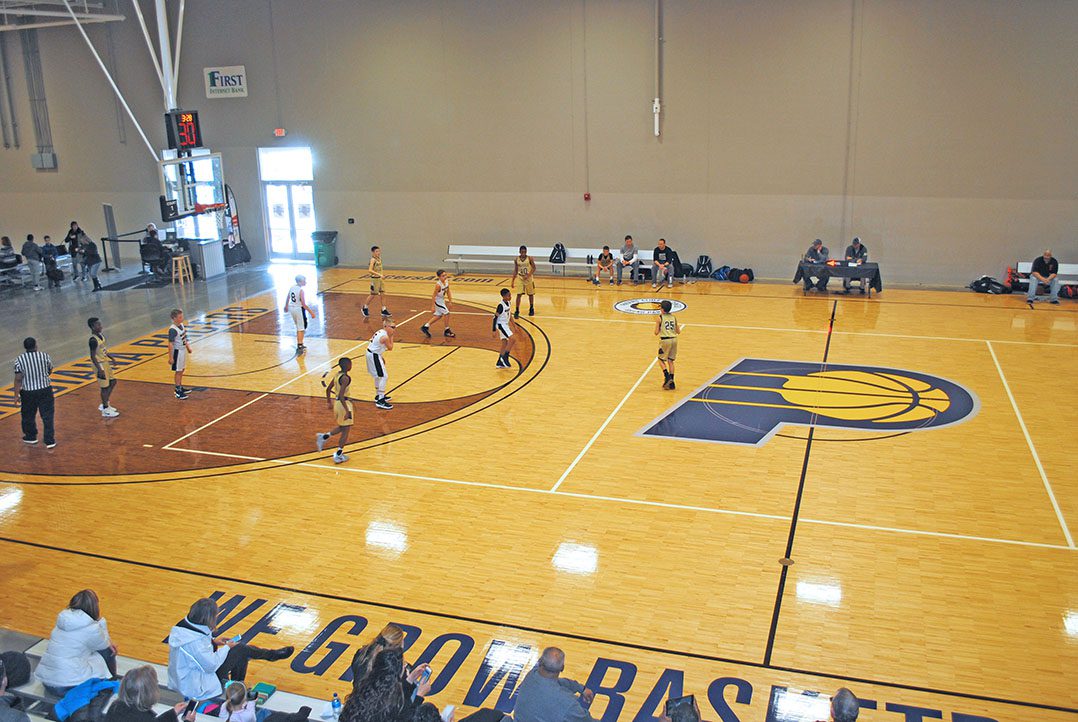 Many different teams played basketball throughout the day Jan. 6 at the Pacers Athletic Center. (Photo by Anna Skinner)

What interested the Indiana Pacers in purchasing the naming rights for the previously named Jonathan Byrd’s Fieldhouse was not basketball, but video games.

Game On, the state’s first eSports center, recently opened in the front of the Grand Park Fieldhouse prior to it being re-christened the Pacers Athletic Center. The electronic sports business hosts leagues, tournaments and individual play in games such as League of Legends and NBA2k18. Andy Card, the entrepreneur behind the fieldhouse, said Game On attracted the Pacers because of a new program the National Basketball Association is implementing.

“The first thing that brought the Pacers here was the Game On business up front,” Card said. “There are 17 teams in the NBA, and the Pacers (are) one of those. The Pacers are developing an NBA 2K eSports team. (Someone) could go try out, be on the NBA 2K team for the Pacers, get a team together and practice, and then go to another NBA city and play that team virtually. That’s how the relationship started and turned into a bigger discussion.”

To read a past cover story on Game On, visit youarecurrent.com.