You are at:Home»Current in Zionsville»Zionsville Business Local»Reinvented Noble Roman’s now open in Whitestown 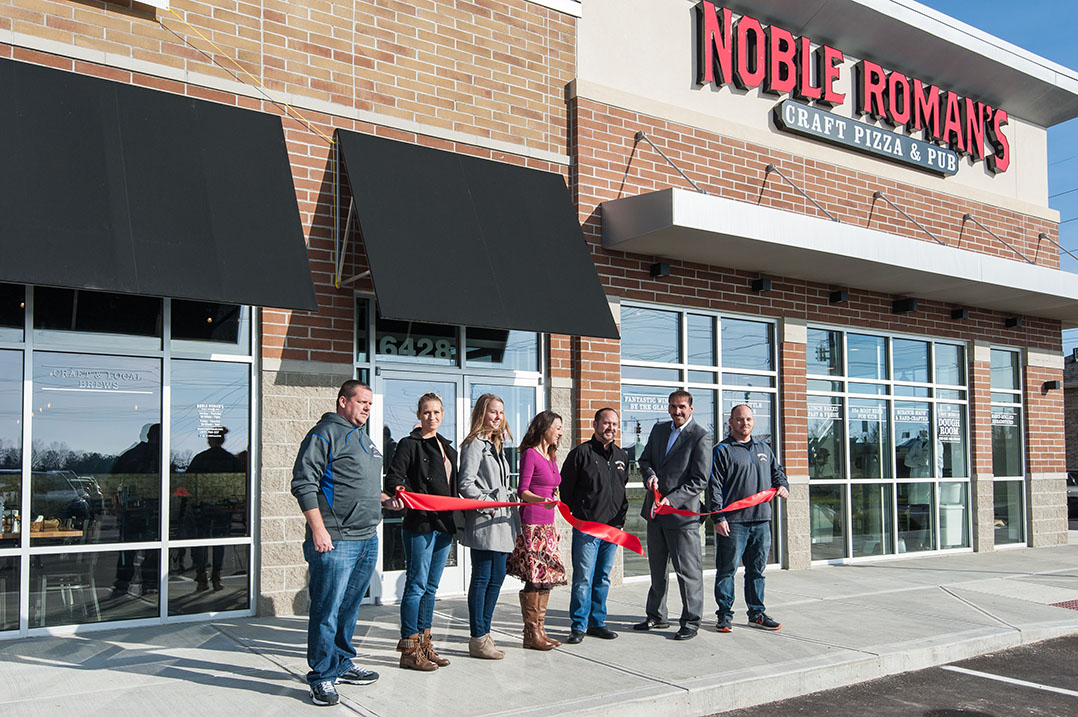 Noble Roman’s Craft Pizza & Pub is now open in Whitestown, becoming the second in the state to feature the chain’s new style and business concept.

The new restaurant opened late last year at 6428 Whitestown Pkwy. in the Villages at Anson IV.

“We are bringing together the best of our long tradition with some exciting new enhancements,” said Scott Mobley, president of Noble Roman’s. “All the favorites will be there, and we’ll be making dough from scratch and hand-crafting pizzas right in open view of the dining room.”

According to Mobley, the restaurant will feature fresh, made-from-scratch craft pizza and breadstick dough made every day in a glass-enclosed, climate-controlled dough room. Guests can choose from more than 40 sauce, cheese and topping selections and either a traditional-style crust or deep-dish Sicilian crust.

Offerings also include pastas, salads and a kids menu.

The 4,200-square-foot, quick service and casual dining restaurant features large-screen entertainment, a beer and wine bar and craft root beer from a self-serve tap in the dining room.