You are at:Home»Obituaries»Obituary: Robert W. Clark 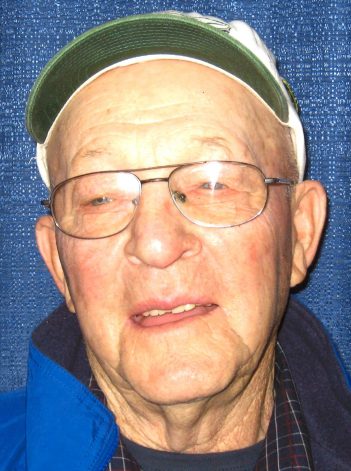 Robert W. Clark died Dec. 31 in his home of Fishers. He was born to Herman Patrick and Edith Myrtle (Hurlock) Clark Jan. 26, 1923 at their home in Noblesville.
He is survived by his wife of 69 years, Norma Jeanne; three children, Cherie (Dale) Bryant, Stan (Betty) Clark and James Richard Clark, all of Fishers; eight grandchildren; 14 great-grandchildren; and three great-great-grandchildren.
Robert, more commonly known as Dub Clark, was a lifelong resident of Hamilton County. He was a farmer before retiring in 1988. He was a founding member of the Fishers Volunteer Fire Dept. and served as chief for several years. Dub graduated from Fishers High School (Tigers) in 1941. Dub was on the sidelines of most every game for HSE Royals and FHS Tigers, even traveling to away games and tournaments. When his beloved Royals and Tigers weren’t playing, he would find a home game in the county. With the re-opening of Fishers High School, Dub and his family started the MUDSOCK trophy. Dub also enjoyed playing and if he couldn’t find a sports game, he would find a place to play in the county. He was a big fan of truck and tractor pulling when his sons participated in the pull at the Hamilton County Fair. Later, several grandsons and a great-granddaughter and son-in-law all competed throughout the state and nation.