You are at:Home»Current in Carmel»Carmel Community»Hamilton County sees record number of drug overdoses in 2017

The nationwide drug epidemic claimed even more lives last year, as Hamilton County saw a record number of overdoses for 2017. 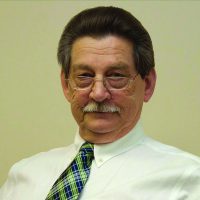 That number, according to Hamilton County Coroner John Chalfin, might actually be even higher.

Chalfin said a reason overdose deaths are under-reported is because his office has not been counting numerous people who overdose in the Carmel and Fishers area, the county’s two most populated areas.

“We have jurisdiction in Hamilton County, not Marion,” Chalfin said. “Our two most populous areas are right at the borders, and what happens in (Marion County) doesn’t get reported to us.”

Chalfin was referring to the fact overdose patients near the county’s borders are often taken to nearby Community North Hospital or the St. Vincent’s on 86th Street.

During the past three years, Chalfin said there has only been one pure heroin overdose in the county. Many times, heroin and other street drugs are mixed with a deadly narcotic known as fentanyl.

“I’m trying to find out what is fact and fiction,” he said “We are concentrating on prescription drugs and opiates. That’s how a lot of people get started, but we are not counting out illicit street drugs.”

Chalfin said much of the nationwide epidemic is concentrated in the Midwest.
“If you look at the I-70 corridor from Indianapolis to Dayton (Ohio), they string across the Midwest,” he said. “Dealers aren’t picking on the big cities, they are picking on the secondary ones. This is not happening just in our state, it’s neighboring states.”
Chalfin estimates the true number of overdoses in Hamilton County is nearly double what is reported.