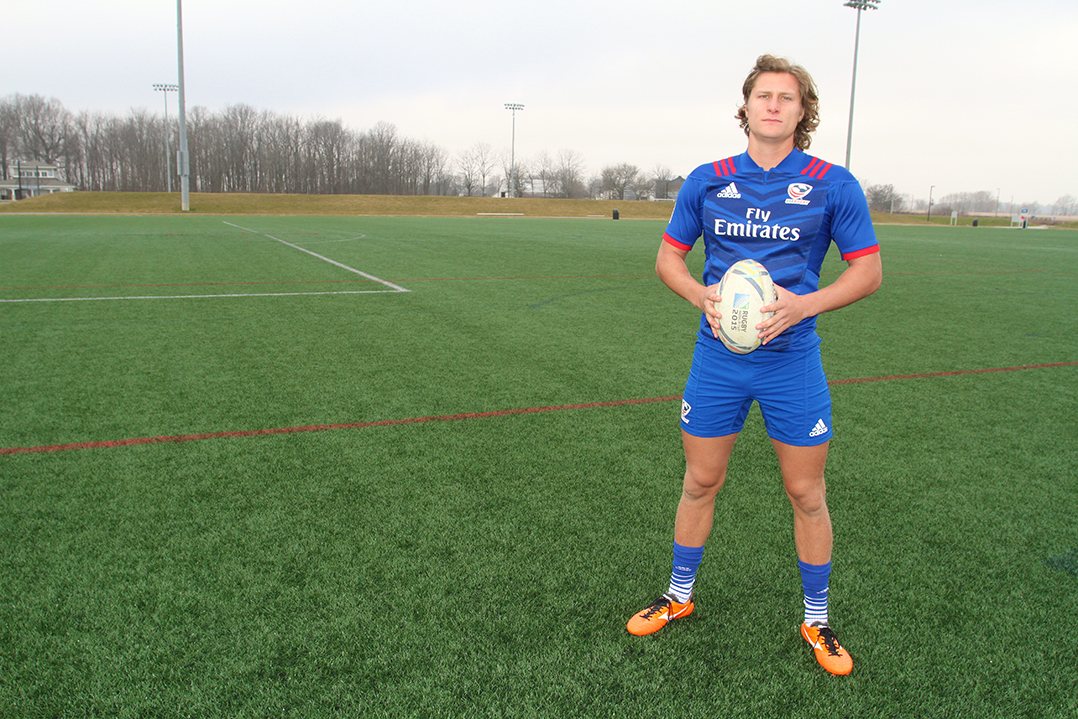 Joe Schroeder grew up in Westfield and now plays rugby for the U.S. team. (Photo by Sadie Hunter)

So much so that Schroeder recently signed a contract with the United States Rugby Sevens team, which gives the former Westfield resident a potential opportunity to play in the 2020 Olympics. 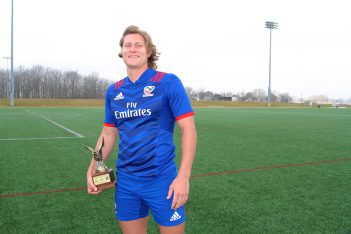 Joe Schroeder pauses with his MVP award, won during his senior year at Cathedral High School after the rugby team won the national championship. (Photo by Sadie Hunter)

“There’s a possibility I could make the Olympic team, but that’s two years down the road, and a lot can change,” Schroeder said.

After playing four years at Cathedral and winning the team’s MVP award when it went to the national championships, Schroeder attended Trine University and pursued a different sport in college – cheerleading.

“I had a lot of fun, definitely, being on the cheer team. It helped me stay fit and put on some weight. I had a lot of fun,” he said. “I was missing rugby, and when I took a job in Columbus (Ohio), I got back to it.”

After he graduated and moved to Columbus for a career in civil engineering, Schroeder joined a men’s rugby league as a way to pass time doing something he loved.

That decision took the 24-year-old much further than he thought. After he attended a rugby camp session, the associate coach of the national team saw him play and invited him to a camp at the U.S. Olympic training center.

Schroeder’s job allows him to work part-time, which clears the way to join the U.S. Men’s team in July. He’s in the middle of a series of tournaments leading up to the World Cup in the summer. The U.S. will host the World Cup for the first time, and Schroeder said he and his team are bidding for a top-four finish.

Originally, the team covered Schroeder’s living expenses, but he recently signed a contract with the team.

Schroeder’s family still lives in Westfield, and Schroeder’s adventures have involved them as well.

“It’s been a lot of fun for the family,” Schroeder’s mom, Susan, said. “The whole family went out to Silicon Valley to watch him play.”

Some of Schroeder’s family still resides in Westfield.

Schroeder’s next tournament will be at the end of January in Sydney, Australia.

“All these tournaments, I haven’t been playing much as the new member,” Schroeder said. “I’m gaining their trust more to be put in more high-pressure situations so I can help the team perform. We have a lot of experience, which is great for me. I’m just happy to do my part. If that’s helping the guys get ready or the few minutes I get in, I want to make the most of it.” 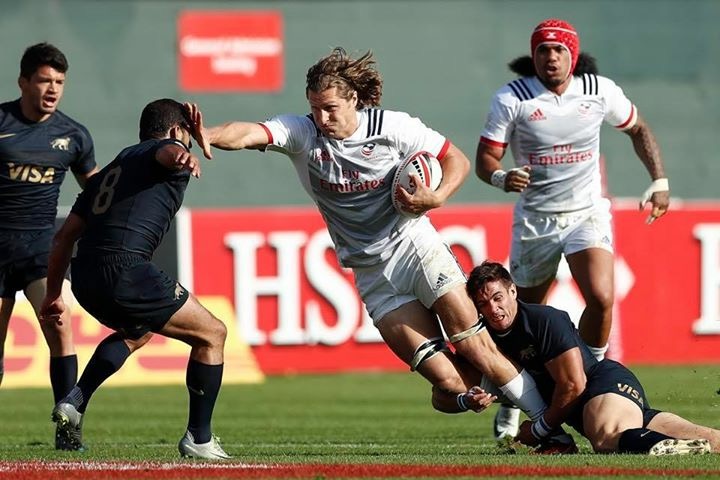 A series of 10 tournaments, with five to six games in each tournament, leads up to the World Cup in San Francisco in July. The next tournament Schroeder will play in is at the end of January in Sydney, Australia. Specific times will not be announced until closer to the tournament. For more, visit usarugby.org.

How rugby is played

Joe Schroeder plays on a team of seven men, but some rugby teams have 15 players. For Schroeder and his team, rugby halves are 7 minutes long. The goal is simple, similar to other sports, where each team aims to gain the most points by advancing the ball through the other team’s territory to score points. Schroeder plays the prop position, which puts him in the scrum – a three-on-three way to restart play that involves players packing together tightly to gain possession of the ball.