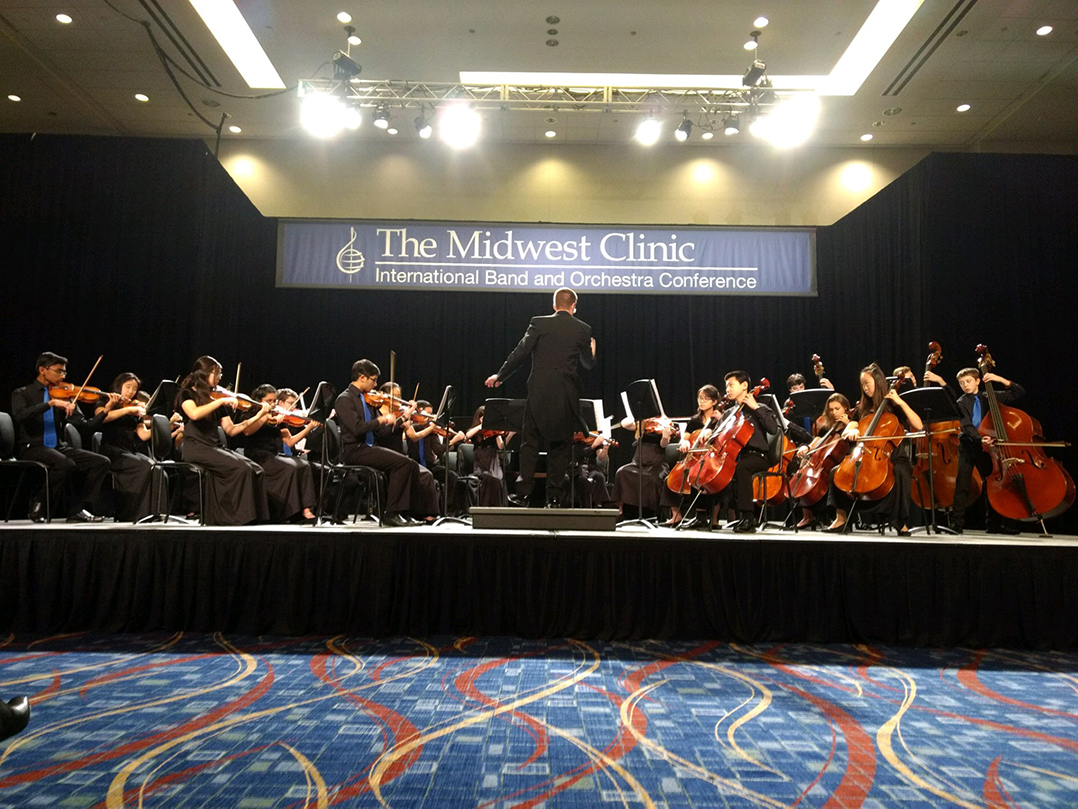 When Joel Powell took over as director of orchestra at Carmel Middle School in 2015, he set a goal of applying to perform at the Midwest Clinic International Band and Orchestra Conference.

That mission was accomplished Dec. 22 when the CMS orchestra performed at the Midwest Clinic at the McCormick Convention Center in Chicago.

The event is held once a year just before Christmas. Teachers from across the U.S. and the world attend the event, Powell said.

Powell applied by sending in a recording by the previous school year’s group.

“It’s a very rigorous selection process with applications from more than 40 countries,” Powell said. “In our category, there were four middle school/junior highs selected to perform. Then there are categories for high school and collegiate. We were very fortunate to be selected to perform.”

Powell said they prepared a 45-minute program, including 40 minutes of music, to perform for the event.

Powell said it was a three-day trip that included some sight-seeing Dec. 20, a dress rehearsal Dec. 21 and a performance Dec. 22

Soo Han, former director of orchestras at Carmel High School and Midwest Clinic board of directors member, served as liaison to CMS for the event.

“It was a great opportunity to bring everyone together,” Powell said. “The kids got to go see other groups around the country, and I think that was eye-opening and a really special thing for them.”

This was the first group from CMS to perform at the Midwest Clinic. The Carmel High School Symphony Orchestra has performed twice, and the Creekside Middle School Wind Ensemble also has performed.

“The Carmel High School Wind Symphony, under the direction of director Michael Pote and former director Richard Saucedo, presented a wonderful informational clinic for directors as well this year,” Powell said. “Doc Severinsen, former longtime band leader of ‘The Tonight Show with Johnny Carson,’ even performed at the Midwest Clinic this year. We were definitely in good company.”