For Thomas Lucas, interactions with police officers throughout his life inspired him to pursue a career in law enforcement. 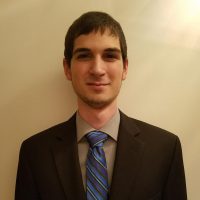 “After looking at how positively my life has been affected by the officers I had met over the years, I decided I wanted to have the same impact on the lives of those around me and thought that serving the members of my community would be the best way to do so,” said Lucas, who recently joined the Zionsville Police Dept.

While attending Ball State University, Lucas said he had the opportunity to work with campus police officers and as a peer victim’s advocate, a role that included providing emotional support to survivors of sexual assault throughout the campus.

During his last semester, Lucas was a summer intern at the Boone County Sheriff’s Office. He has a bachelor’s degree in criminal justice and psychology from Ball State.

Lucas will begin his career as a patrolman with ZPD but hopes to be selected to join the county’s Crisis Negotiation Team, which works closely with the Special Response Team during high-intensity and high-risk situations.

Lucas grew up in Lebanon and lives in Zionsville. He said he loves how Zionsville maintains its small-town appeal and friendliness throughout the community and the department.

“I love that I only ever hear good things about the department, and I can’t wait to be out working the road with them,” Lucas said.

Lucas said as a new officer, he’s been most surprised about the over-dramatization of some aspects of police work.

“So many people think that being a police officer is all about chasing down the bad guys, but in actuality a large focus is put on maintaining a positive relationship with the members of the community we serve,” said Lucas, who recently got engaged to his girlfriend, Bailee Weaver.