According to a press release from ClearObject, Entrepreneur Magazine recognized the company for its well-rounded balance of impact, innovation, growth and leadership. 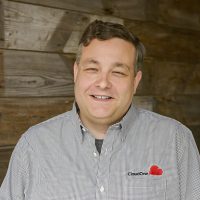 “It is an honor to be recognized for a second year in a row by Entrepreneur magazine for the work the ClearObject team is doing to create customized IoT solutions for our customers in order to help them stay relevant and competitive in this digital era,” stated John McDonald, CEO of ClearObject.

ClearObject, formerly known as CloudOne, also was named to the Entrepreneur360 List in 2016.

“Our annual evaluation is a 360-degree analysis of top privately held companies representing and serving a variety of industries,” stated Lisa Murray, chief insights officer of Entrepreneur Media, Inc. “These businesses are real-world case studies for any entrepreneur who seeks to master the four pillars that can greatly impact the longevity and growth of their businesses. With the Entrepreneur 360, success is measured by achieving balance throughout the entire organization, predicated by revenue.”