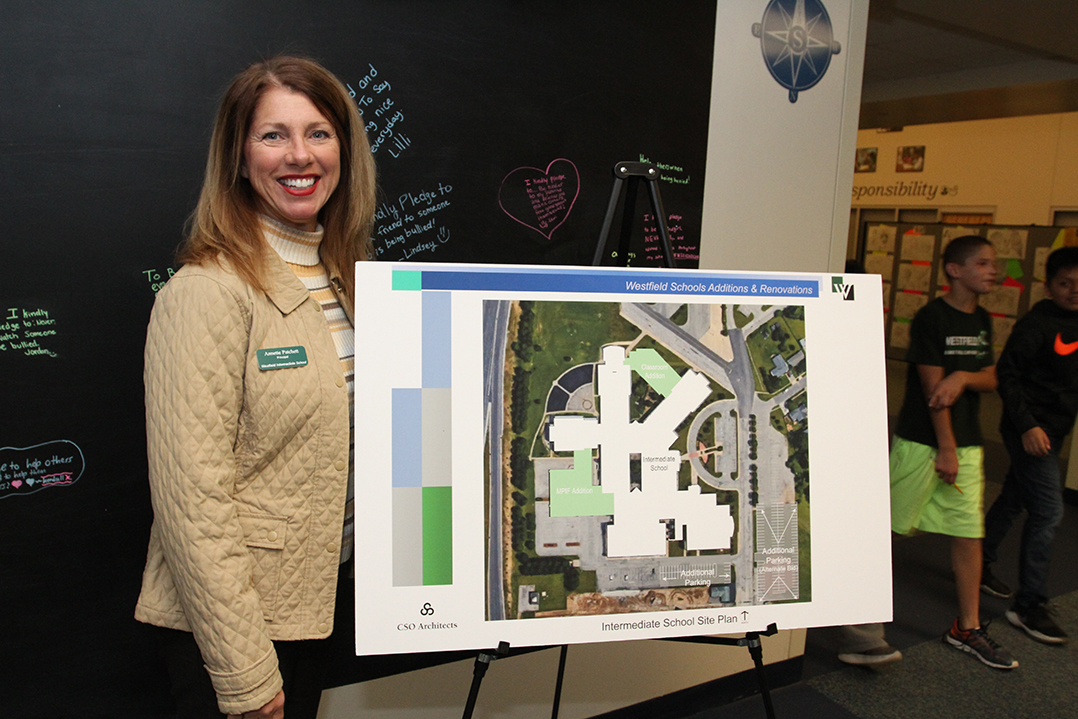 Director of Operations Joe Montalone said the design stage for the project has entered a more detailed phase. Bidding is expected to begin in the next few months on the intermediate and middle schools.

“We are asking, ‘What are the needs for the district going forward?” Montalone said. “The recent demographic study shows us the enrollment levels in each school. This initial design phase will provide us if enough space for student enrollment is there and also what does the construction and details, what they look like.”

Representatives from construction contractor Skillman Corp. and Indianapolis-based CSO Architects have met with administrative teams across the district since last summer.

Supt. Sherry Grate said she “expects bidding in the spring for (WIS and WMS,) five months ahead of the high school project.”

Grate said the district is continuing to move forward with the design phase of the project, which has been planned since a roundtable meeting in early May.

The high school’s renovation and expansion is expected to top $42 million, while the middle and intermediate schools will cost a combined $23 million. 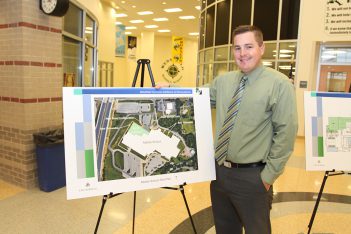 Montalone said it is pivotal for the high school administrative team to continue to visit other schools, including Center Grove and Hamilton Southeastern, to learn from their recent renovation projects.

“If you take the middle school and intermediate, that is twice as much (as) the work at the high school,” he said. “We pretty much already know what the needs will be. However, we are still looking at what the high school will look like in 10 to 15 years.”

Both firms in charge of construction for the district will reduce as much work-related noise as possible, according to Montalone.

“Skillman (Corp.) and CSO Architect Firm are looking at (the) phasing of the construction process to eliminate as much friction that could happen,” he said. “(Contractors) will try to do work in the classroom, or inside the actual schools when not much is going on. (They’ll do) everything they can try to do and work in afternoon and evenings to minimize as much (noise) as possible.”

Other district-wide renovations will cost nearly $24 million. Supt. Sherry Grate told Current in May that the district-wide funds would be allocated to “elementary schools first, then to maintenance of buildings.”

Construction on the intermediate and middle schools could start as early as April 2018, with a completion goal of December 2019.

The high school’s renovations will last one month longer, with bids not expected until  summer. A full completion of the construction on all district buildings is set for July 2020.

Overall, Montalone said the construction timeframe is on schedule and that construction management teams are working to secure every dollar.

“The timeline that was set forth, we have held to that,” he said. “As long as we’re getting what we need, that’s what is important, to support our community through the schools, under budget and in a predicted time. I cannot say enough about the expertise of (Skillman Corp.) in this process. They are helping to maximize every dollar and make sure that counts for our taxpayers.”

Grate said the new phase of construction is something all students and staff will benefit from.

“We continue to look at internal data,” Grate said. “(WWS) is continuing collaboration, innovation and helping all of our students succeed.” 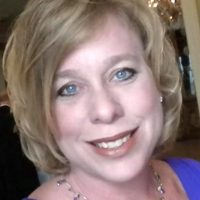 Courtney Corcoran has three children enrolled at Westfield Washington Schools. By the time her eighth-grade twins will be seniors, all of the projected construction should be completed.

Corcoran said she has some doubts regarding classroom sizes and increased student teacher ratios, but overall noted the cost-effectiveness of the improvements.

“I like the fact that it’s cost-effective,” she said. “However, unless they are upgrading all of the school’s technology, it does little, because Westfield Schools are behind in technology.”

According to Corcoran, a former Westfield High School teacher, seeing more teachers on carts could be inevitable, if more construction blocks off classrooms.

“The class sizes will be bigger for sure,” she said. “It’s already so crowded, I would hate to see more teachers on carts.”

Despite the high school’s increased student population, Corcoran said construction will be temporary, so she is not concerned about distractions,

“I’m sure it will temporary. The kids will have to deal with it,” she said. “This minor irritation will produce an end result much better.”