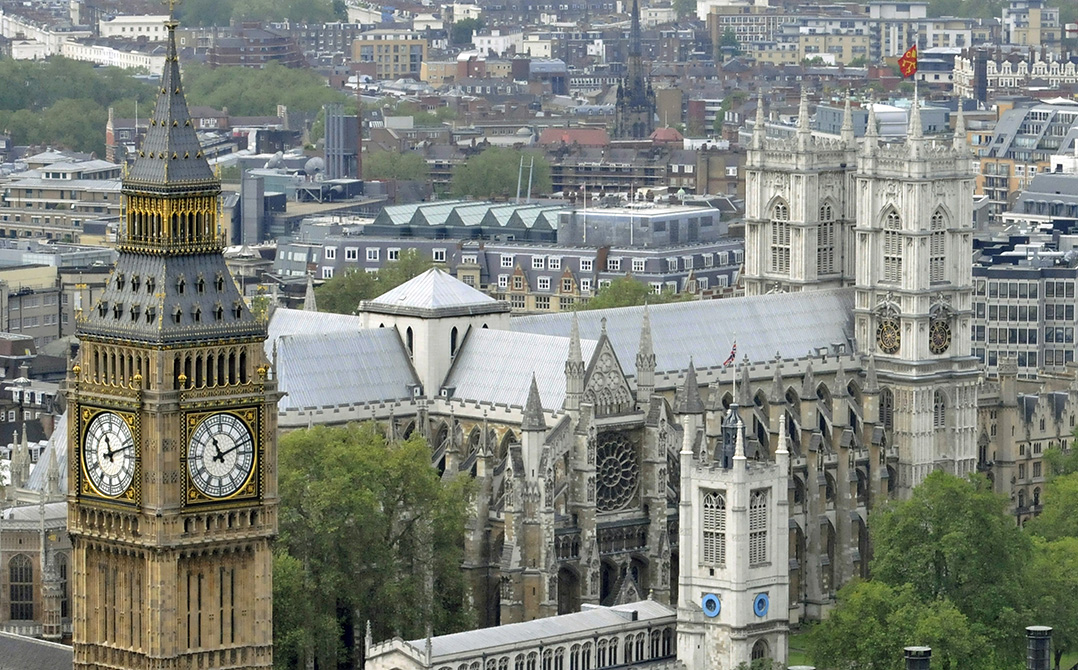 Westminster Abbey is probably the most famous church in England, in part because of its colorful royal weddings. It also holds the remains of 1,000 years of English history.

In 960 A.D., Benedictine monks established an abbey named for Peter, west of the River Thames. In about 1050, Edward the Confessor rebuilt the abbey as his royal burial church, becoming the first of 17 monarchs buried in what is officially the Collegiate Church of St. Peter at Westminster. The current building, just west of the Palace of Westminster, the seat of Parliament, was begun in 1245. The Gothic Revival western towers were completed in 1745. Until the 19th century, the church was an important center of learning, famous for having housed translators of the King James Version of the Bible.

Beginning with William the Conqueror in 1066, all coronations of English kings and queens have taken place in Westminster Abbey. In 1296, King Edward I brought back from Scotland the famous stone of scones, which he placed into a wooden coronation chair. In 1950, the stone was stolen and broken by four Scottish students. It was soon recovered, repaired and restored to its rightful place in the chair, last used in the coronation of Elizabeth I in 1953.

Each year, more than 1 million people visit Westminster Abbey, now a World Heritage site, often searching for the names of the more than 3,000 people buried or commemorated there. Many of England’s most illustrious citizens are interred in the nave, including Isaac Newton, Charles Darwin and Ben Johnson, who was buried upright.  The Poet’s Corner contains the remains of more than 50 important writers and artists, including Geoffrey Chaucer, Charles Dickens, George Frederic Handel, Samuel Johnson, Rudyard Kipling, Laurence Olivier and Alfred Tennyson. With space at a premium, ashes are now gladly accepted.