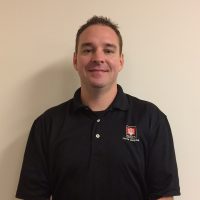 “ABUS is a brand new technology that is ultrasound or sound waves instead of the traditional radiation with a mammogram,” said Carl Zenor, manager of imaging services at IU Health North Hospital. “We’ve used breast ultrasound for many years to help define already determined abnormalities. This is the newest technology. (It) is an automated ultrasound system that sends sound waves into the breast and better detects abnormalities in certain populations.”

Historically, ultrasound machines used a small probe or a hand-held camera to capture images. Numerous pictures would be taken of the area of interest.

“In this new version, the camera is mounted on a machine and it’s about five or six times the size of the hand-held ones,” Zenor said. “It does a sweeping motion so you cover a larger area. Instead of taking 30 or 40 pictures, we take four. It takes about 15 minutes, whereas the old version was about 45 minutes.”

Women with a family history of breast cancer or who have been diagnosed as having dense breast tissue are the best candidates for ABUS.

“The national average is around 40 percent of women have dense breast tissue. Dense breast tissue makes it hard to diagnose breast cancer early,” Zenor said. “It’s not something you would use on everybody with dense breasts, but if they have a family history or difficult-to-read previous mammograms, this might be something for them.”

Women are still encouraged to get a standard 3-D mammograms.

“3-D mammograms are still the gold standard,” Zenor said. “This does not replace a mammogram, but it is an enhancement of a mammogram.”