Since Day 1, Braedon Kellner has been the one behind the food at Tinker Street Restaurant & Wine Bar. January 2018 will mark the beginning of his fourth year as head chef of the Indianapolis restaurant. 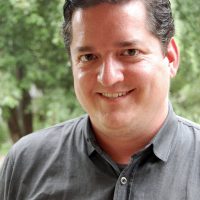 Before becoming head chef, Kellner left his hometown of Carmel to attend the Culinary Institute of America in Hyde Park, New York. He graduated in 2008 and moved to Charleston, S.C., to work at the Ocean Room in the Kiawah Island Golf Resort, where he served foreign royalty, celebrities and even President George W. Bush.

“Working on the island was like earning your master’s degree in cooking,” said Kellner, who lives in Broad Ripple.

Kellner, a 2004 Carmel High School graduate, said homesickness set in, so he returned to Indiana to help open the Alexander Hotel as the sous chef and banquet chef.

In 2014, Kellner attended a roundtable discussion about the future of fine dining in Indianapolis, where he met Peter George, a renowned restaurateur. George and his partner Tom Main came out of restaurant retirement to open Tinker Street in January of 2015. After meeting Kellner, they asked him to prepare a tasting.

“(George) and I started talking, and a week later I get a phone call from him asking to do a tasting with him and his partner,” Kellner said. “They asked for three courses, so I delivered six courses.”

Tinker Street serves guests 21 and older. The menu features more than 50 wines and high-end plates like duckling breast with collard greens, escargot and mushrooms and crab cakes with apple slaw. Kellner said he goes to the market every week to work with farmers to secure the best local products for the restaurant. The restaurant is seasonal, so the menu constantly changes.

“My ultimate goal is, I don’t want to put anything on the menu that I wouldn’t want to eat myself,” he said. “It’s got to be the best quality that I can produce with all my powers.”