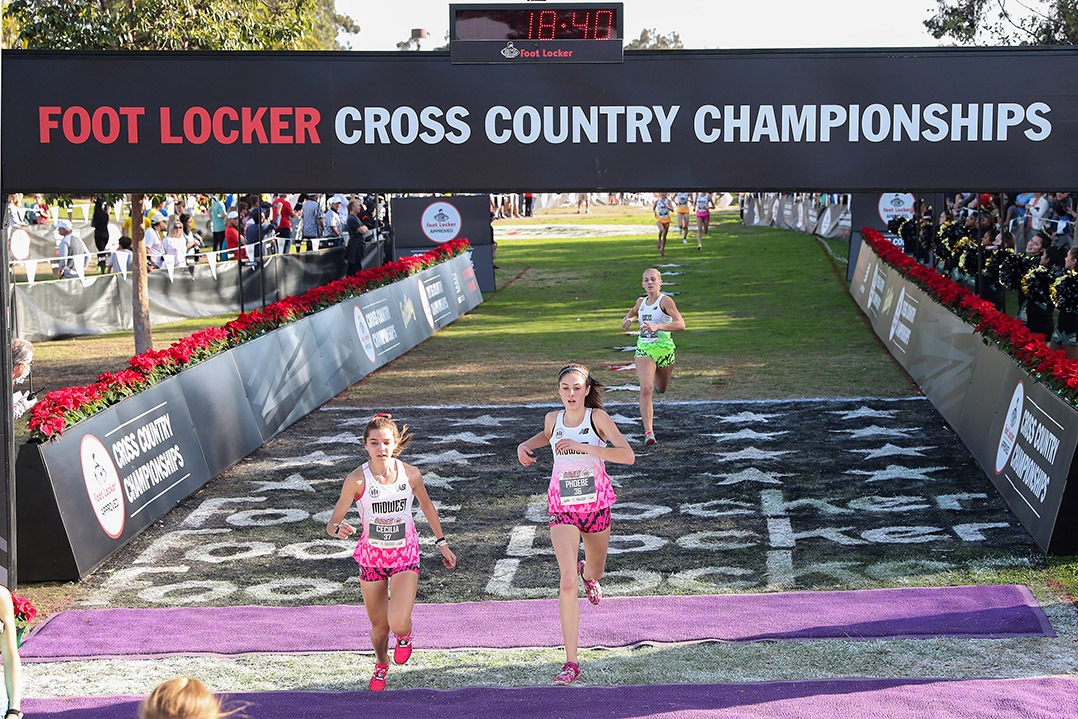 “It’s a very exclusive meet,” Bates said. “It was an awesome, awesome way to end my cross country season.”

“It was a harder course, so I kind of expected not to get a PR. It was a really tough course,” she said. “Just being a sophomore, I’m hoping to come back in the near future to try to improve that pace. It was a super-fun experience and I’m super happy to be able to be part of it.”

Bates got her first experience on a practice run on the course the day before the race.

“It’s a two-loop course, so you do the same loop twice, and there is a monster hill on both sides,” Bates said. “It’s very sandy on some parts, so that really tires you out.”

Bates was the only female runner from Indiana at the Foot Locker meet but was able to make friends with other runners.

“The Midwest girls have been together the whole time,” Bates said.

After the race, the girls went to the beach and went ice skating at night before Bates returned home Dec. 10.

Bates finished sixth in the state cross country meet as a freshman. After a few weeks off, Bates will begin to prepare for the indoor track season.