You are at:Home»Current in Fishers»Fishers Community»Senators, representative hold town hall meeting in Fishers 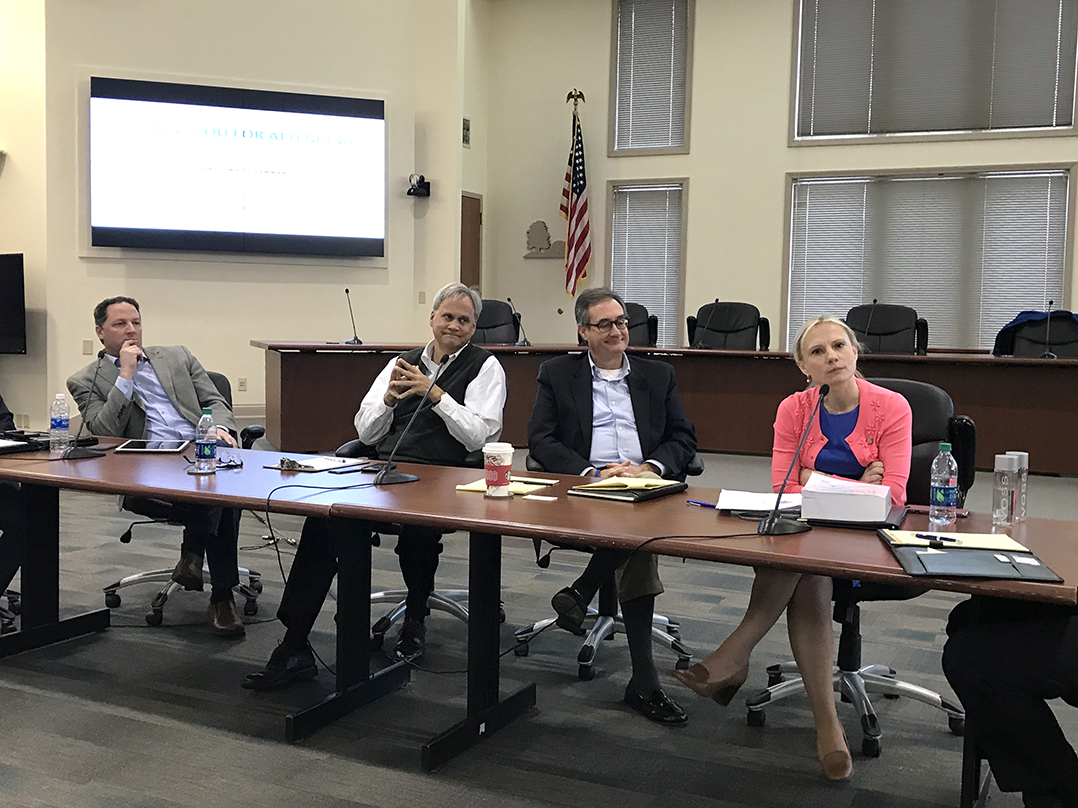 Three state senators and a state representative gathered Dec. 9 in Fishers to answer questions from the public about legislative topics and other concerns. The question-and-answer town hall meeting included topics on early kindergarten enrollment, absentee voting, the overcrowding of the Hamilton County Jail and more.

Reducing the age of kindergarten enrollment

Members of the public raised concerns about the age 7 requirement for kindergarten enrollment, fearing it might lead to students falling behind further in their school career.

“We did increase the number of students in our pilot pre-K program in the budget last session, but this is a non-budget year,” Rep. Todd Huston (R-Fishers) said. “I’m not sure why I would understand for someone to wait until (age) 7 to enroll. The parent may have a reason why they believe waiting is more important to the student. I am not seeing a bunch of data (on the issue). I want to make sure I understand that before I vote on it. There may be a legitimate reason why a parent feels their child isn’t ready at 5 or 6 (for kindergarten).”

“I understand the value of kids not falling behind because it’s very difficult to catch up,” Sen. Victoria Spartz (R-Noblesville) said. “As a college professor, I’ll tell you if my students are behind in my class, I only have so much time.”

Members of the public questioned removing the requirement to provide a reason to absentee vote. Sen. Jim Merritt (R-Indianapolis) said it is important to make voting easier.

“We need to make it a lot simpler so you’re not running home at 6 p.m. and missing voting. It’s a privilege and a right,” he said.

“I think that is an issue that seems most prevalent is the amount of fraud that happens by absentee voting,” Spartz said. “We have to look and make sure is it necessary, how it is addressed. We want to make sure everyone can vote, but we want to make sure this right is exercised to people who have the right.”

Huston raised the possibility of regional jails as opposed to traditional county jails.

“The intent of community corrections is to align other alternative ways to treat people while serving time. I think there’s a balancing of that,” Huston said. “Finally, should each county have its own jail or should we have a jail that serves multiple counties? One of the aspects of community corrections is to insure people who are incarcerated are getting the help they need.”

“It would be wise to put together a regional incarceration system which would be very efficient,” Merritt said.

Spartz agreed and noted the cost efficiency of a regional jail.

The legislative session is in a non-budget year, and Spartz said town halls meetings can spark conversation about important issues in the county and state. For more, visit iga.in.gov.