You are at:Home»Current in Carmel»Carmel Community»Community mourns loss of Carmel Redevelopment Commission attorney 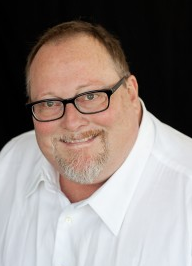 Karl Haas, who served as an attorney for the Carmel Redevelopment Commission for more than 20 years, died Dec. 6 at his home. He was 57.

Haas was an expert on legal issues regarding public-private partnerships, which have been a key part of the strategy of the CRC and the City of Carmel. He worked on projects such as Circle Centre Mall in downtown Indianapolis to help assist Carmel with projects such as the Arts & Design District and City Center.

Corrie Meyer, former director for the CRC, said Haas was a true professional.

“Karl was a trusted and creative advisor to the CRC,” she said. “He routinely helped the team work through complicated deal structures. The development community lost a very talented soul this week.”

Haas began his career at Baker & Daniels in 1985 before co-founding the law firm of Wallack Somers & Haas in 1999.

City councilor Jeff Worrell, who serves on the CRC, said Haas taught him a lot.

“I have worked with Karl for over 10 years, and I found him to be brilliant regarding making a real estate deal happen on behalf of the city,” he said. “He was always willing to patiently explain the details to me, and I gained a wealth of knowledge that I will always be able to credit to him. May he rest in peace.”

Haas is survived by his wife, Holly Stults Haas; his two sons, Luke and Joel Haas; his daughters-in-law, Kelly Goffiney and Christina Rozes; and his three stepsons, Brady, Grant and Tanner Quackenbush.