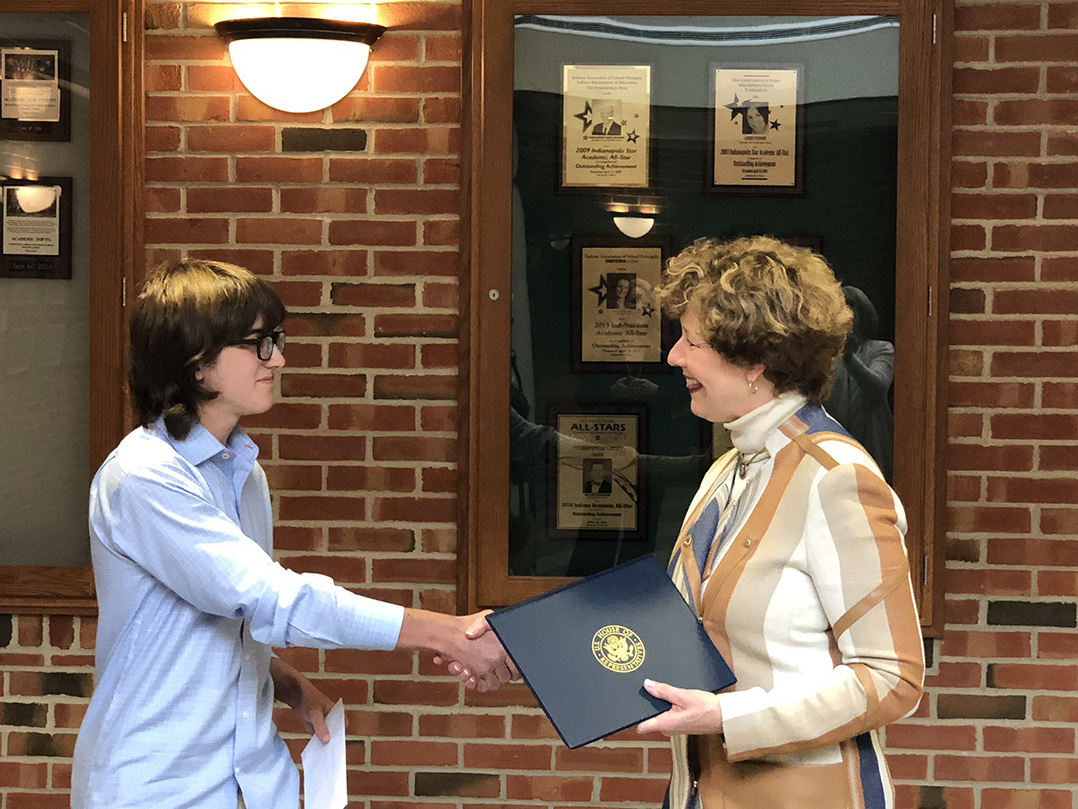 Schrepferman created ZCHS Clubs, an application to help students sort information about each high school club to find which one is right for them.

“It was a fabulous concept and he had the skills to pull it together, and the judges thought it was incredibly well done,” Brooks said.

The U.S. House of Representatives launched a pilot program of the app challenge in 2014 as a way to engage students in STEM fields like computer science and coding. Schrepferman said he has always been interested in coding, so it was an easy decision to participate. With help from four other students cultivating the idea during the summer, he submitted ZCHS Clubs in October.

The app features a catalog that lists each club with a short summary and contact information. Students can take a quiz that asks about their availability, financial situation and interests. Using that information, the app matches students with certain clubs.

Schrepferman received a $250 web credit to use toward hosting his app on the Amazon hosting site. His YouTube video will be shown on the House of Representatives website and will be featured in a rotating display in Washington, D.C., between the Cannon House Office Building and the Capitol.

“I think it’s terrific that he challenged himself to work on the technology side of this to really help a lot of students,” Brooks said. “I really applaud him for the work and for entering the contest. We want to encourage a lot more kids to do it in the future.”