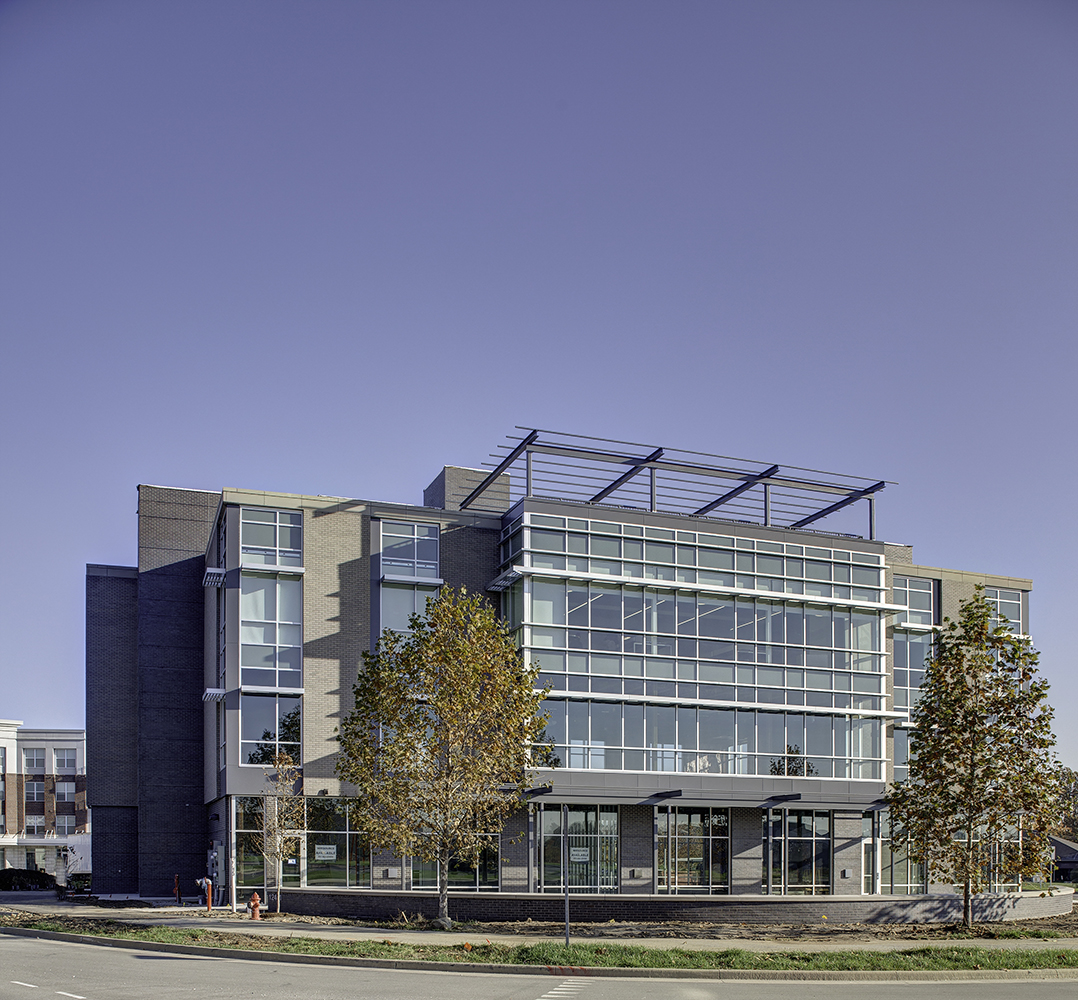 Less than a year after groundbreaking, Encore Sotheby’s International Realty has settled into its new luxury headquarters in the Carmel corridor.

Formerly housed on the north side of Indianapolis, Encore moved into its $5 million, three-story building at  12411 N Pennsylvania St. two weeks before Thanksgiving. Encore occupies the entire third floor of the 20,000-square-foot structure and plans to lease the remaining space within the first quarter of next year.

Combining brand recognition, functionality and easy access for clients and realty agents were the primary drivers behind Encore Sotheby’s decision to relocate from 9510 N. Meridian St. in Indianapolis into a new facility. The firm announced its plan for the new building, Encore On Penn, on Dec. 15, 2016.

“What we really wanted was an instantly recognizable headquarters building for Encore Sotheby’s in a location that would make sense for where we do business,” Zukerman said. “We like the location. With the Pennsylvania Street address, we’re easily accessible to our clients who are selling their properties on the old north side of Indianapolis.”

Zukerman said the new office is easy to access for clients, agents and employees from across Hamilton County.

A high-end real estate firm with 35 agents and six full-time employees, Encore Sotheby’s is a franchise of New Jersey-based Sotheby’s International Realty Affiliates LLC. Zukerman said he wants to hire an additional six to eight real estate agents in the near future in addition to leasing the remaining space in Encore On Penn. The first floor has retail zoning available.

“What our goal would be is to surround ourselves with other like-minded, high-end, luxury-type brands for this building,” Zukerman said. “At this point, we’ve leased two of the spaces on the first floor and have letters of intent out for the second floor. In a perfect world, we would have the building fully leased sometime in the first quarter of next year.”

Zukerman expects to announce the tenants in the near future. For the moment, Encore on Penn Sotheby’s lone neighbor is Jetlinx, a private aviation company that occupies a suite on the third floor.