Working from a photograph of her oldest daughter, Charlene M. Brown created a striking oil painting she was especially pleased with. 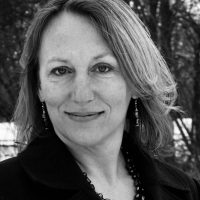 Capturing the strength of her daughter’s expression and the vibrant colors of a fall day in Bloomington, Brown – a renowned Carmel artist — titled the piece, “Beautiful Tuesday.” As she does with many of her paintings, she entered it in an Indiana Artists exhibit.

And for the first time in her distinguished career, she received — a rejection.

“It was a juried show, and it didn’t get in,” Brown said. “It was the first time I’d been rejected from an Indiana show.”

Disappointed but undaunted, Brown didn’t give up on the piece. On Nov. 5, she entered it in the non-juried Indiana Artists 2017 Centennial Members Exhibition. This time, she did not receive a rejection.

Instead, she received the award for Best of Show.

That, too, was a first for one of her paintings.

“I wanted to give it another chance because I believed in the piece, or I wouldn’t have entered it the first time,” Brown said. “I was never expecting Best of Show.”

Featuring her oldest daughter, Michaela Cisney, the painting is on display through Dec. 17 at the Brown County Art Gallery in Nashville, Ind. It was created from a photo taken near her daughter’s Bloomington home.

“It was a beautiful day,” Brown said. “We went out the country, and it was just one of those gorgeous days where the sun is sparkling off every leaf. She was in shadow, and she had this strong expression on her face, and I thought it was interesting.”

A mother of five grown children, Brown, 60, has been an artist her entire life. After homeschooling all her kids, she became a full-time professional in 2012. Since then, her work has appeared in exhibits through the Midwest and Indiana. She teaches art classes in her Carmel home to students as young as 11 and as old as 72 and is a member of the Indiana Artists and Hamilton County Artists Association.

Knowing better than anyone that “art is in the eyes of the beholder,” Brown points to her experience with “Beautiful Tuesday” as an inspiration to fellow artists.

“It was my first rejection out of an Indiana show. I entered it again, and it wins Best of Show,” Brown said. “It has a lesson to all of us artists, that it’s very subjective and (do) not let rejections get you down and not let awards go to your head too much, either, because it’s very subjective.”