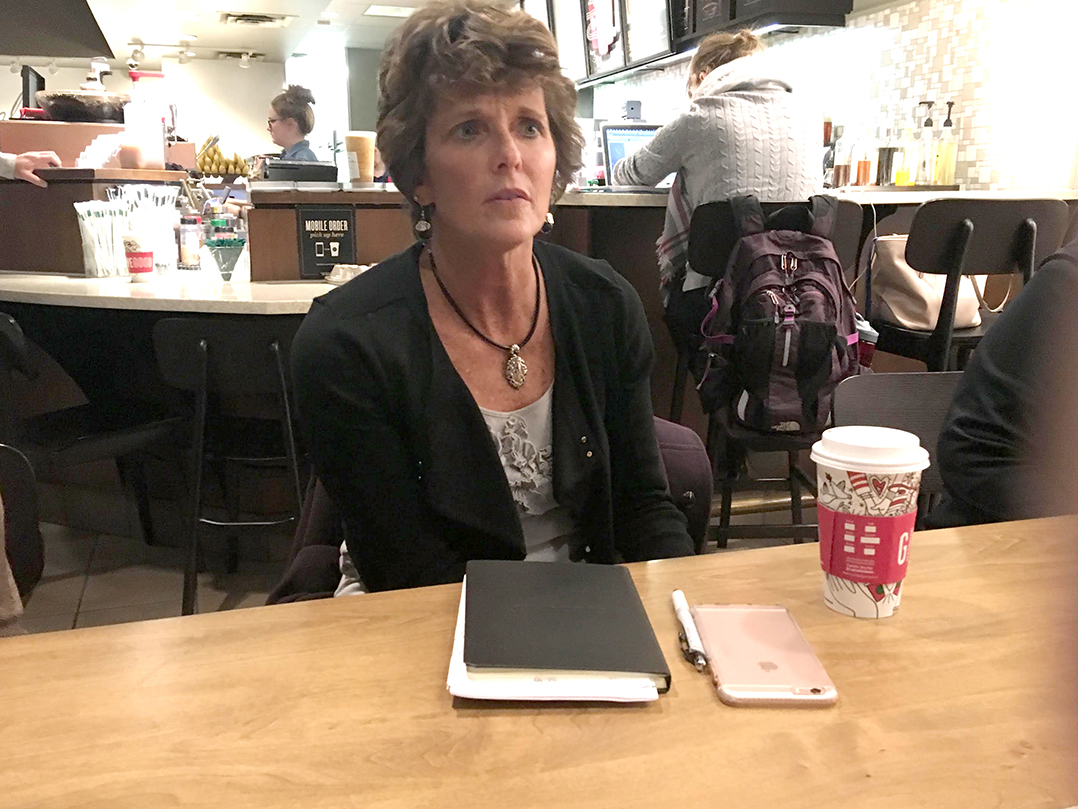 “I’ve been so impressed with her trying to communicate to parents what’s going on in the school district,” De Staic said after the Nov. 20 talk at a Starbucks in Westfield. “You just pick up other pieces of information from parents’ experience.”

De Staic has three sons in the school district, Eire, a third-grader at Oak Trace Elementary, Fionn, a sixth-grader at Westfield Intermediate and Rian, a junior at Westfield High School.

“I went to a communications program and there were two or three presenters talking about programs in the district,” said De Staic, who moved to the U.S. from Ireland in 1994. “I was so impressed that after the presenters answered the question, if Dr. Grate had a little more information, she would add it into the conversation. She is so wanting the parents to know what’s going on. I’m impressed with her presence in the meetings and wanting the parents to be involved. She is asking parents is there any other way we can communicate with the community.”

Again at the coffee talk, Grate, who became WWS superintendent on July 6, 2016, also asked for suggestions on ways the school can share updates besides the website, social media and newsletters.

“It was a nice opportunity to meet some other parents and hear Dr. Grate,” said Julie Wolf, who has a WHS senior. “It’s a pleasure to get to know her on a casual basis.”

De Staic said at the first talk she asked about the property tax increases because of building expansions.

“She did a great job explaining that we need to do this because the community is growing,” De Staic said. “Her communication is excellent.”