You are at:Home»Lifestyle»Health»Westfield Police Dept. raises more than $1,700 during No-Shave November 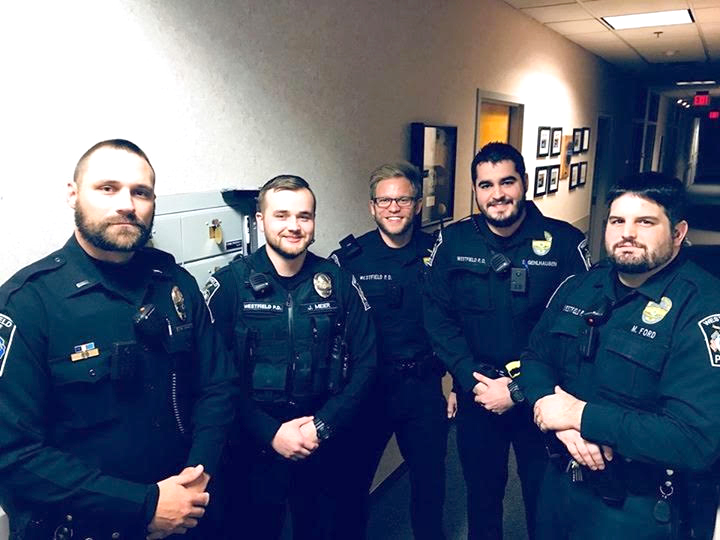 In its fifth year in participating in the No Shave November fundraiser, the Westfield Police Dept. raised $1,791 for the Shamrockin’ For A Cure Relay for Life team. Last year, the department raised $1,667.

Sgt. Billy Adams said more officers participated this year. He said the participation increase is the result  this being the second year officers were able to grow full beards during the month of November. For the first three years of the program, officers were only permitted to grow mustaches, which are permitted year-round.

Lt. Roy Gentry raised the most money at more than $500. To participate, officers donated at least $30 and then raised money on their own. The department’s goal was $2,500.

“I think (the increase in fundraising) is having more and more officers investing interest in being involved in the community in ways other than our typical line of work,” Adams said.

Although November is over, donations are still being accepted. For more, contact Adams at badams@westfield.in.gov.