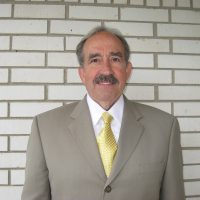 Ayers’ brother Larry recently died at age 75, and it had a profound effect on the councilor.

“He was my pal, my advisor and just one wonderful man,” Ayers said.

He said he began to think about his own mortality, and at age 74 himself he wanted to do other things in life. He said he loved serving his constituents but wants to spend more time with his wife and grandchildren. He enjoys working out and traveling, and business has not slowed at his real estate company.

“I loved being on the council, but I’ll be close to 80 at the end of my term and I’m just not willing to do it,” he said.

Ayers said he’s proud of his role on the council in protecting the taxpayers’ money. He said they’ve been able to fund several worthy projects while not raising taxes.

“I always wanted to be a good steward of the taxpayers’ money,” he said.

Ayers said he isn’t resigning because of any potential candidates who might jump in the race against him. He said anyone who would like campaign contributions returned can contact him by Jan. 15. Otherwise, he said he’ll use his campaign fund to support other candidates.

It’s been rumored that Ken Alexander, a Westfield resident who works at Hagerman, is interested in running for the council seat.