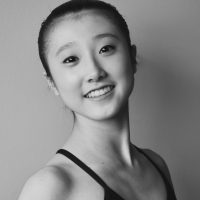 Suzuki, 17, will play the Sugar Plum Fairy for the second year in a row in the Carmel-based Indiana Ballet Conservatory’s production of “The Nutcracker.”

“Last year I learned ‘The Nutcracker’ is stressful but it’s really satisfying when you finish it,” Suzuki said. “I’m really motived this year because I want to make the show better than last year.”

Lasha Khozashvili, principal dancer with Boston Ballet, will be appearing for the seventh year with IBC.

“He’s an amazing partner and a really good mentor because he’ll give you corrections to make,” Suzuki said. “He’ll give you advice on anything, not just ballet.”

“Lasha will be here for one week, so they have to learn partnering and they have to learn it quickly,” said Alyona Yakovleva-Randall, IBC founding artistic director. “I think it’s a great, positive experience how to adjust to Lasha. Even for a professional dancer, it’s hard. This will help them in the future. Lasha is an amazing teacher.” 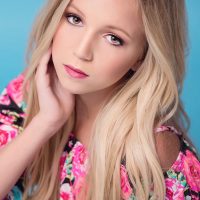 Suzuki will share the Sugar Plum Fairy role with fellow Carmel residents Quinn Starner and Alexandra Manuel. Suzuki said she is focused on being the character this year.

Suzuki, a 17-year-old homeschooled junior, moved from San Antonio, Texas to Carmel with her mother to attend IBC.

“I came here for a summer program and realized this is a place where I could grow,” Suzuki said.

Manuel, 13, is a homeschooled eighth-grader who is in her sixth year at IBC. 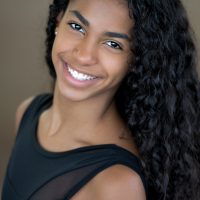 “It’s real exciting to have a big role this year,” Manuel said. “I really have to focus on my technique and my performance on stage at the same time. I have to work on my endurance. When I first came here the first two years, I noticed a difference in my training. Each year I feel like I’ve made a certain amount of progress.”

Starner, 15, is a homeschooled sophomore who lives with her mother in Carmel but also goes back and forth with the rest of her family in Michigan. She is in her second year at IBC.

“I think halfway through the year last year I started really understanding it,” Starner said. “I feel like I’ve improved so much with the technique. It’s so amazing here how they train the dancers.”

Starner said she worked hard to get the role.

“We each dance different, so it’s nice see how we interpret the pas de deux,” Starner said. “We learn a lot from each other.”