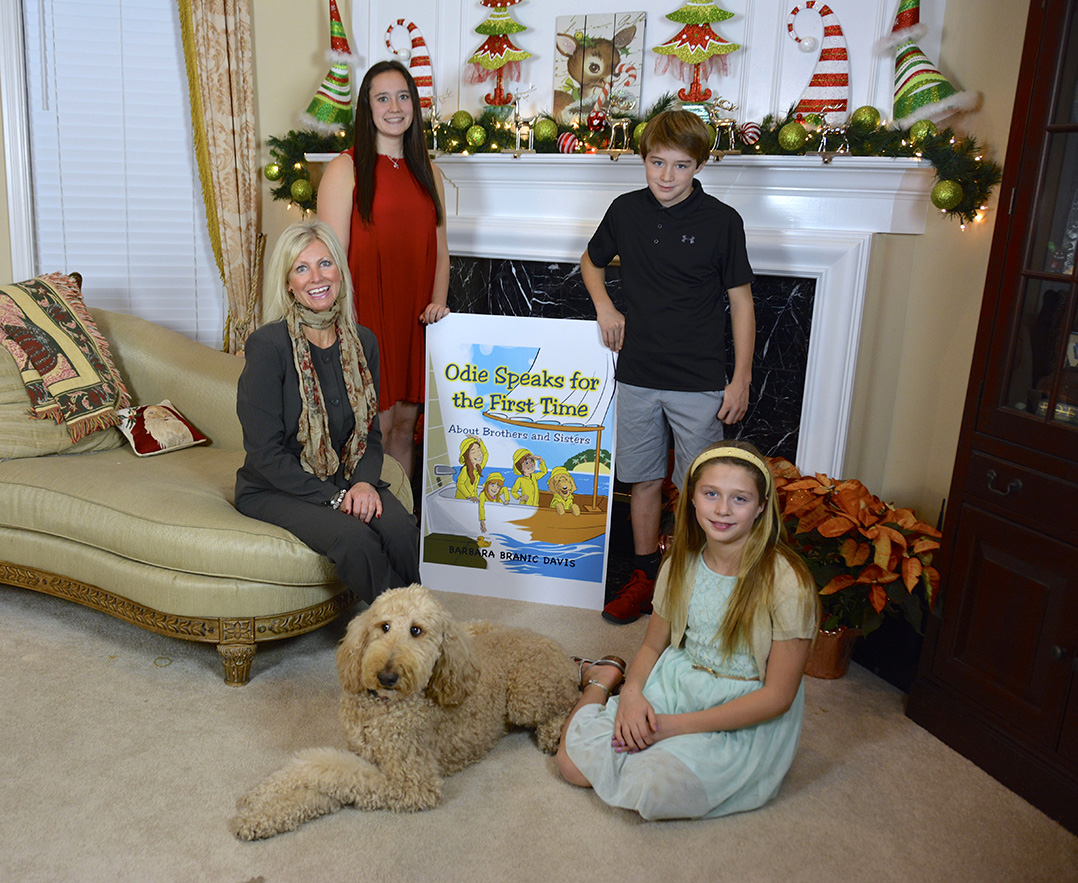 Clockwise from left, Carmel resident Barbara Branic Davis was inspired by her children, Madeline, Charles and Bridget and her dog, Odie, to write a series of children’s books called “Odie Speaks!”

Barbara Branic Davis always knew she wanted to be an author, but it was the family dog that inspired her to write her first series of children’s books.

The Carmel mom penned the “Odie Speaks!” series to explore themes of family, friendships, childhood development, overcoming obstacles and – most importantly – the power of imagination.

“Growing up, my children were equally physically and imaginatively active. My house always had a fort or a room completely transformed into an imaginary place they wished to play in, and it sometimes continued for days,” she said. “Odie has been right alongside them as they carried out their games, and he always played a role. Often, he would be dressed up and never protested.”

Odie, the family’s caramel-colored standard poodle, often make sounds that mimic words like “bye, bye” and “water,” which inspired Branic Davis to base the series on a talking dog.

The first book in the series, “Odie Speaks for the First Time about Brothers and Sisters,” was released in March by New York-based Page Publishing. 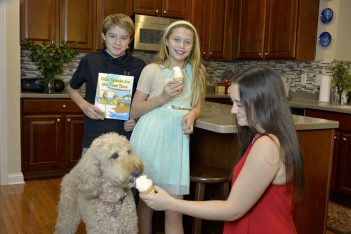 Although the series is fiction, it is based on the real-life adventures of Odie and Branic Davis’s own children, Madeline, 15,  and twins Charles and Bridget, 10.

Odie is 11 years old, but Branic Davis used human years for his age in the series, making him a wise 77-year-old mentor for the children. The crew works together to solve everyday issues, highlighting how a child’s imagination can make an ordinary setting extraordinary. Illustrations depict a bathtub transforming into a pirate ship, a blanket fort becoming a castle and Odie playing right along.

Branic Davis said she enjoys writing children’s stories from the kids’ perspective. She pays special attention to how the illustrations match the text, a common error she noticed in other children’s books.

“I love making the story visual in a way that works to engage a child’s imagination as they look at the pages,” she said. 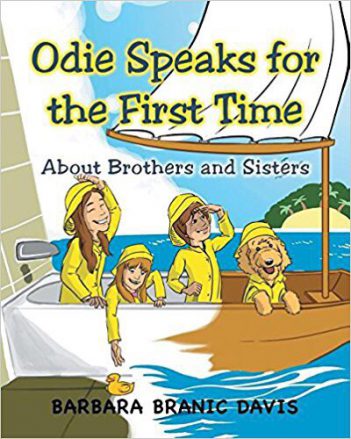 Branic Davis, who works as a financial professional with New York Life in Carmel, often reached out to her children to ensure the stories and illustrations accurately depicted them at play.

“Writing, for me, is a family process,” she said.

The series weaves the personalities and hobbies of Branic Davis’ children into the main characters, Sissy, Puck and Gidget. Like Sissy, Branic Davis’s oldest daughter, Madeline, loves swimming and is a member of the Carmel High School swim team. Like Puck, Charles plays hockey, and like Gidget, Bridget loves to dance and sing. The children enjoy being portrayed in the stories

“I think it’s really fun,” Madeline said. “I think it will be a good way to look back in the future about how my siblings and I were as kids and how we interacted with our dog.”

“I want to instill in them the thrill of just making every day an adventure, no matter where they are in their lives,” she said.

In November, Branic Davis presented “Odie Speaks for the First Time about Brothers and Sisters” to residents and children at The Stratford of West Clay, a senior living community.

“It was a lovely way for generations to come together and enjoy an uplifting moment,” she said. “When I read to them and heard their reactions, saw their smiles and heard their laughter, I know that was why I wanted to write children’s stories. It was magical.”

Branic Davis’s first book, “The Everlasting Gift,” is a faith-based handbook for parents or small groups about how to have a conversation about the existence of Santa with their children. 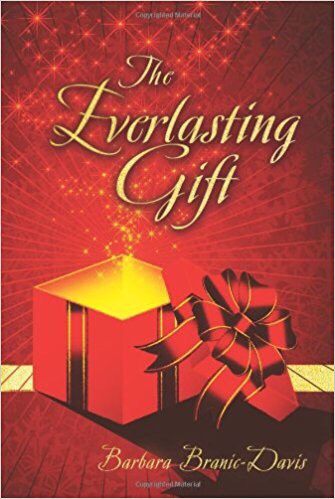 She worked on the handbook every week for a year while her daughter attended dance lessons at Gregory Hancock Dance Theatre.

“I felt like I was playing the piano, and I would write to the music I was hearing,” she said.