You are at:Home»Current in Fishers»Fishers Cover Stories»New to Nuclear: Woman educates children during Nuclear Science Week 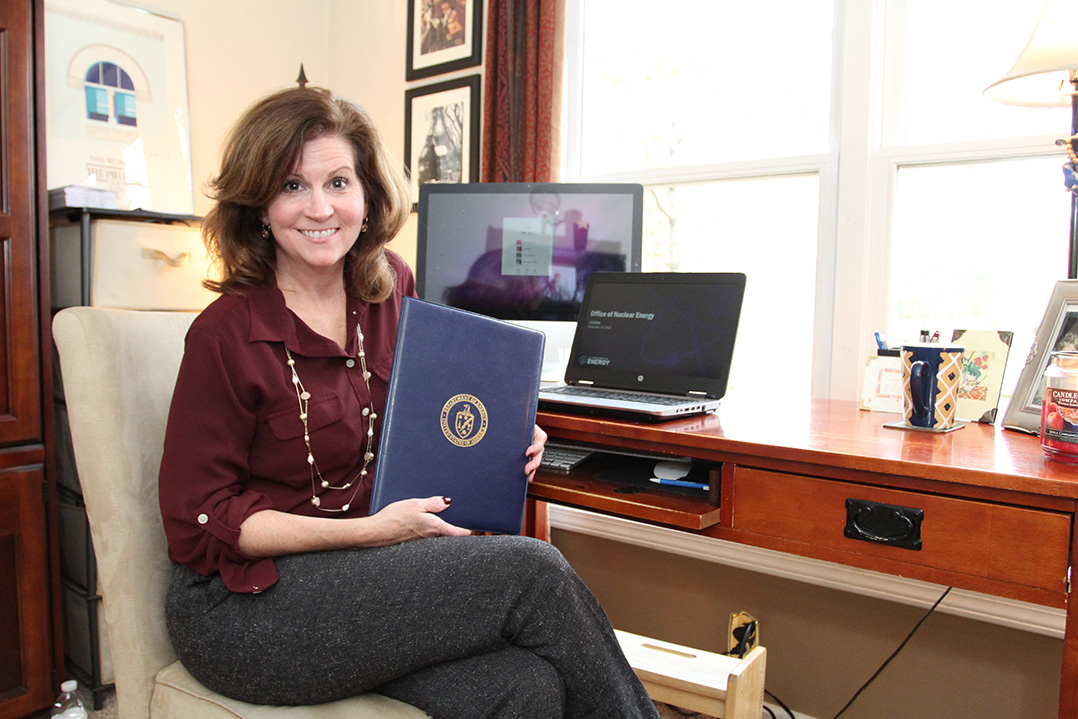 Suzanne Jaworowski is the chief of staff and senior advisor at the Office of Nuclear Energy at the United States Dept. of Energy. (Photo by Sadie Hunter)

Suzanne Jaworowski wants to educate people on all facets of nuclear energy. Her chief obective is clearing up misconceptions.

Jaworowski, a Fishers resident, is the chief of staff and senior advisor at the Office of Nuclear Energy at the United States Dept. of Energy. She splits her time between Fishers and Washington, D.C. Compared to most energy sources, nuclear is the safest, according to Jaworski.

In her job, Jaworowski is tasked with “making nuclear cool again.” By her definition, that means an education and outreach program.

“In the most layman’s terms, I am on a mission to educate people about what nuclear energy really is. I have a background in communications and marketing strategy, government affairs, things like that,” Jaworowski said.

The United Statesfirst  developed nuclear energy technology in the 1940s and ‘50s, but for the past several decades, Jaworksi said, the nation has been reticent to expand nuclear power options.

“Because of some unfortunate accidents, the United States decided to stop utilizing (the technology) and stop further developing it,” she said. “The rest of the world has continued and moved on ahead of us. It’s very difficult to build a power plant these days, and part of that is because people have a misconception about what nuclear really means.”

Recently, Jaworowski toured schools near the East Coast during Nuclear Science Week. She focused her efforts on fifth- and sixth-grade students, who are starting higher levels of science classes. Jaworowski stresses how nuclear works on a basic level and encourages all students to consider a future career in the nuclear science field.

“Especially young women shy away from the idea of science and technology and they may not have ventured down that path,” Jaworowski said. “Society sometimes encourages women to think they may be better at math and languages rather than things like nuclear technology when reality is it’s a great field and (there are) a lot of jobs related to nuclear and you don’t have to be an engineer to do those jobs.”

Seungjin Kim, Capt. James F. McCarthy Jr. and Cheryl E. McCarthy, head and professor of the School of Nuclear Engineering at Purdue University, met Jaworowski when she visited Purdue last summer. Kim applauds Jawarowski for educating young students on nuclear energy and clearing up the misconceptions in his college courses.

“The first impression leaves a lasting imprint throughout one’s life,” he said. “This is especially true when learning a new subject in school. As such, I find it very unfortunate that ‘mushroom clouds’ has left its lingering imprint to many of us as a signature of nuclear energy. It is even more troubling to see that even after more than 70 years, most of our children first learn about nuclear energy through a history class when learning about World War II instead of a science class. In fact, when I ask freshmen engineering students what comes to mind when they hear the word ’nuclear’, the majority of the students respond with ‘weapons.’”

Jawarowski hasn’t visited any of the schools in her hometown of Fishers, but she said she is eager to bring her educational outreach programs to more local areas. 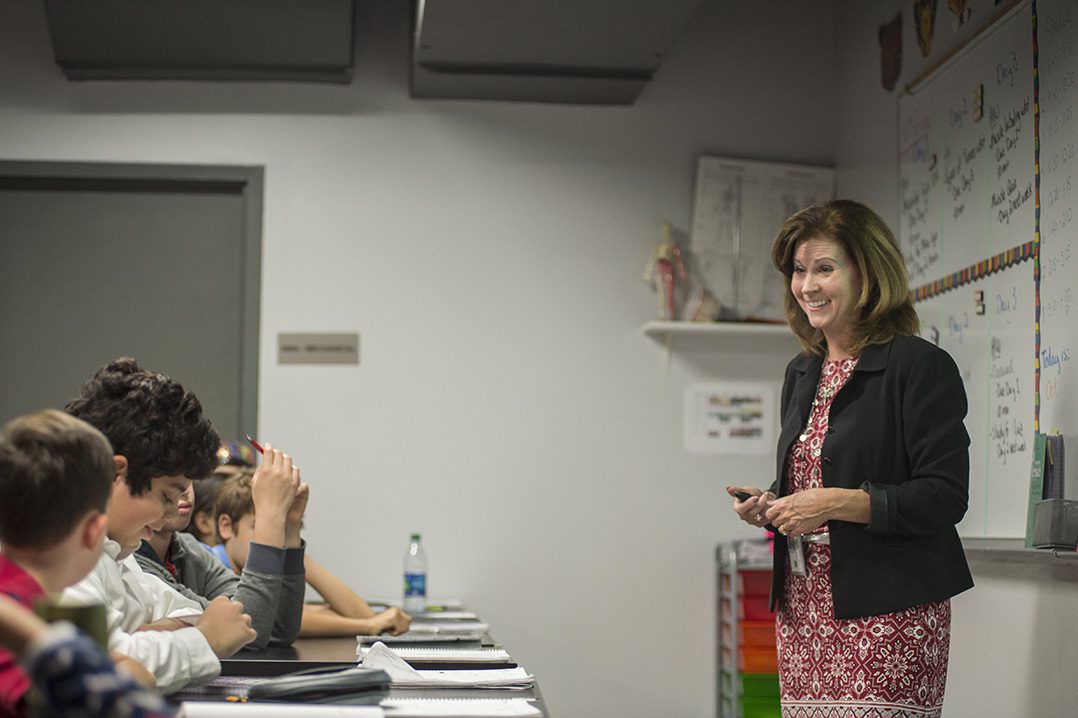 Suzanne Jawarowski, chief of staff and senior advisor at the Office of Nuclear Energy at the United States Dept. of Energy, wants to dispel nuclear energy myths, such as nuclear energy largely being used for weapons. She lists a variety of ways nuclear energy is used in everyday life.

“People think nuclear they think weapons, but there’s a lot of non-weapon application that nuclear is used for today,” Jawarowski said. “There’s a lot of nuclear use in medicine, like in X-rays and CT scans and MRIs.”

Another application for nuclear energy is curing famine by eradicating the insects which are killing livestock or crops, Jawarowski said.

“There are rampant infestations of bugs, creating famine among villages,” Jawarowski said. “A team of technology experts disperse radiation to manage the bugs and infestations so the livestock or crops can flourish and continue to feed people.”