You are at:Home»Lifestyle»Travel»Column: Copenhagen’s magical spire 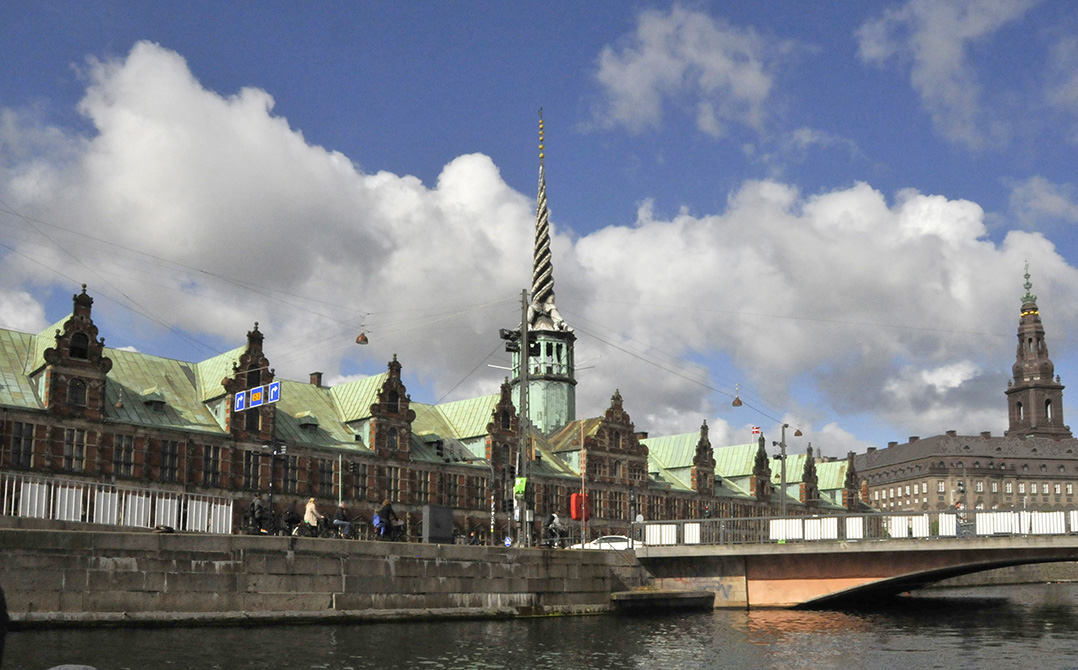 The Børsen in Copenhagen, Denmark (Photo by Don Knebel)

A magnificent exchange building is among the oldest structures in Copenhagen, Denmark. Legend attributes its longevity to a magical spire.

By the 17th century, hundreds of Danish ships were transporting commercial goods throughout northern Europe. In 1618, Danish King Christian IV began building an exchange building named “Børsen” (“Exchange”) on reclaimed land supported on wooden pilings near the Copenhagen waterfront. When completed in 1640, the Dutch Renaissance-style Børsen signaled to the world that Denmark had become a major commercial power. The red brick building had wharfs along both sides, enabling merchant ships to dock and unload their goods near the building. The goods were exchanged inside the Børsen’s great hall, which included room for 50 trading stalls.

A 140-foot-tall spire in the Børsen’s center is its most distinctive architectural element, featuring the entwined tails of four dragons and capped by a spear holding three golden crowns symbolizing the union of Denmark, Norway and Sweden. That union fell apart shortly after the Børsen opened. In 1658, Sweden attacked Copenhagen and the successful Danish defenders used lead ripped from the Børsen’s roof for their bullets. Today, the roof is coated in copper.

In the 18th century, King Christian VI built his royal palace adjacent the Børsen.  This first Christiansborg Palace was destroyed by fire in 1794. A second palace on the site was destroyed by fire in 1884. During both fires, the Børsen survived, a fact some attribute to the protection of the dragon spire. The third Christiansborg Palace, the seat of the Danish Parliament, has so far survived.

The Børsen was used for trading stocks until 1974, when the stock exchange moved to a more suitable building. The Børsen is owned by the Danish Chamber of Commerce, which rents it for private meetings and conferences. It is not open to the public.