You are at:Home»Current in Carmel»Carmel Business Local»Liberty Mutual to increase space, employees in Carmel 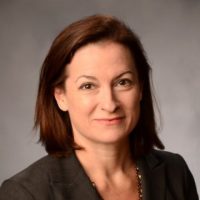 The global insurer revealed its plans Nov. 21 to grow its operation in Carmel, investing more than $14 million to expand near its operations center, 11611 N. Meridian St., leasing 56,000 square feet in the Parkwood Crossing office complex.

“It’s great because it continues to provide good jobs in Carmel,” Brainard said. ““I think they are going to have to look outside of Indiana for some of those jobs. So it will be growth in this area that will support our housing marketing as well.”

The expansion will continue to enhance the city’s tax base in the Meridian Corporate Corridor and TIF district, Brainard said.

Renovations are slated to begin during the first quarter of 2018, which is expected to allow the company to be fully operational in the expanded space by the spring.

“This expansion strengthens our already significant commitment to this city and state of Indiana, where we’ve long been impressed with its talented workforce and quality of life,” Whiteknact stated in a release.

If the Indiana Economic Development Corp. board of directors approves, the IEDC will offer up to $5.2 million in conditional tax credits and up to $300,000 in training grants based on the job creation plans.

Brainard said there have been a lot of positive announcements this year.

“What we don’t really seek is things like Amazon, where you are going to add thousands upon thousands of jobs, because we don’t want to be dependent on one employer,” Brainard said. “We want to see a good mix. We have over 130 corporate headquarters of regional or national significance, and Liberty Mutual is one of them. We want to see those companies expand. We want to attract other medium-sized headquarters. That’s really the essence of a successful economic development policy, not to have one or two large companies that can pick up one day and leave.”