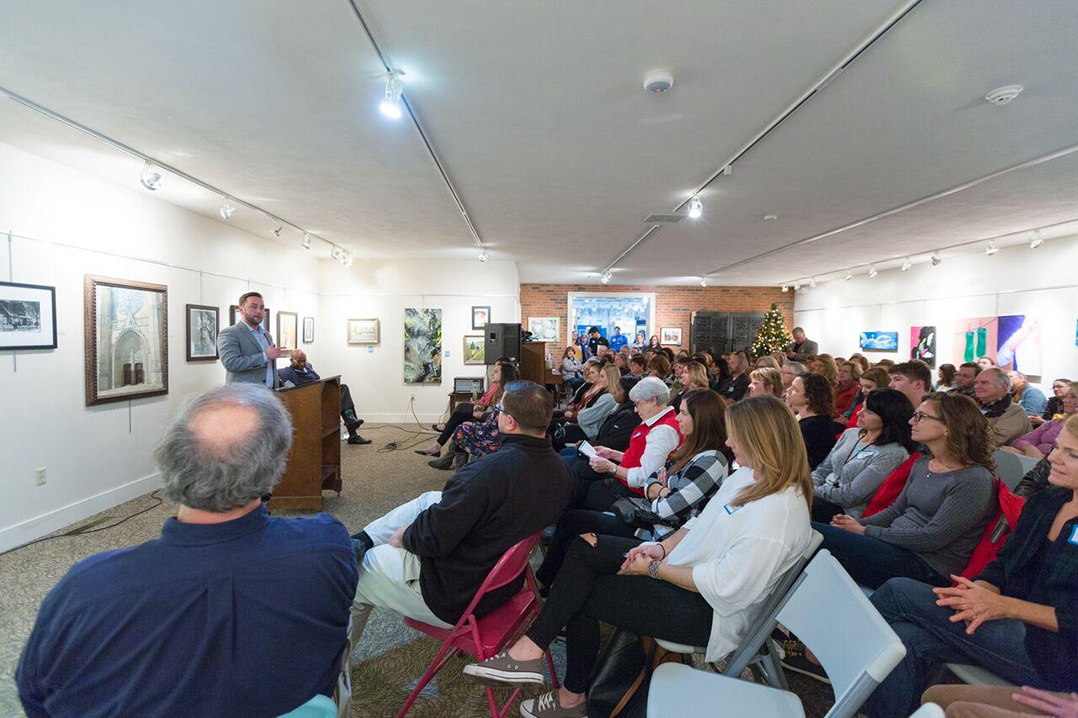 At the first annual meeting of the Boone County Voices for Change, nearly 150 people heard from two state congressmen about congressional bills Nov. 28 at the SullivanMunce Cultural Center.

Taylor said Indiana is one of five states with no form of hate crime legislation; instead he said those instances are treated as criminal mischief and nothing in the law adds additional penalties for hate-motivated crimes. He said legislation is not limited to helping minorities.

“Why wouldn’t you want to protect everybody?” asked Taylor, whose two pieces of bias-crime legislation were defeated in the Senate.

Although Forestal was not involved in the gun legislation, he has spoken publicly against a proposed bill to remove the permit requirement for carrying firearms.

Forestal’s comments became part of a Facebook debate with Republican State Rep. Jim Lucas, after which Forestal was interviewed on the radio program The Gun Guy Show. Forestal said he was compelled to support the opinions of IMPD colleagues against the bill after seeing the impact of guns in households through his day job as a firefighter.

“I don’t love the label of pro-gun, anti-gun,” Forestal said. “I feel like it tries to divide us and section us and make it easier to categorize where we are on all issues.”

Recognizing that many in the room were millennials, Forestal urged them to continue to be involved and engaged in their communities.

BCVC chair Jan Hornaday reflected on her feelings a year ago when she believed she was the only person in Boone County whose opinions seemed to differ from other conservative views.

“Over the course of the year we’ve felt that’s not really true,” she said. “I feel empowered because there’s others like me.”

“We are Boone County Voices for Change, a non-partisan, grassroots organization seeking to bring balance to Boone County,” Hornaday said. “And I think we’ve done that.”