You are at:Home»Current in Fishers»Fishers Cover Stories»From Alaska to Antarctica: Fishers couple travels the world 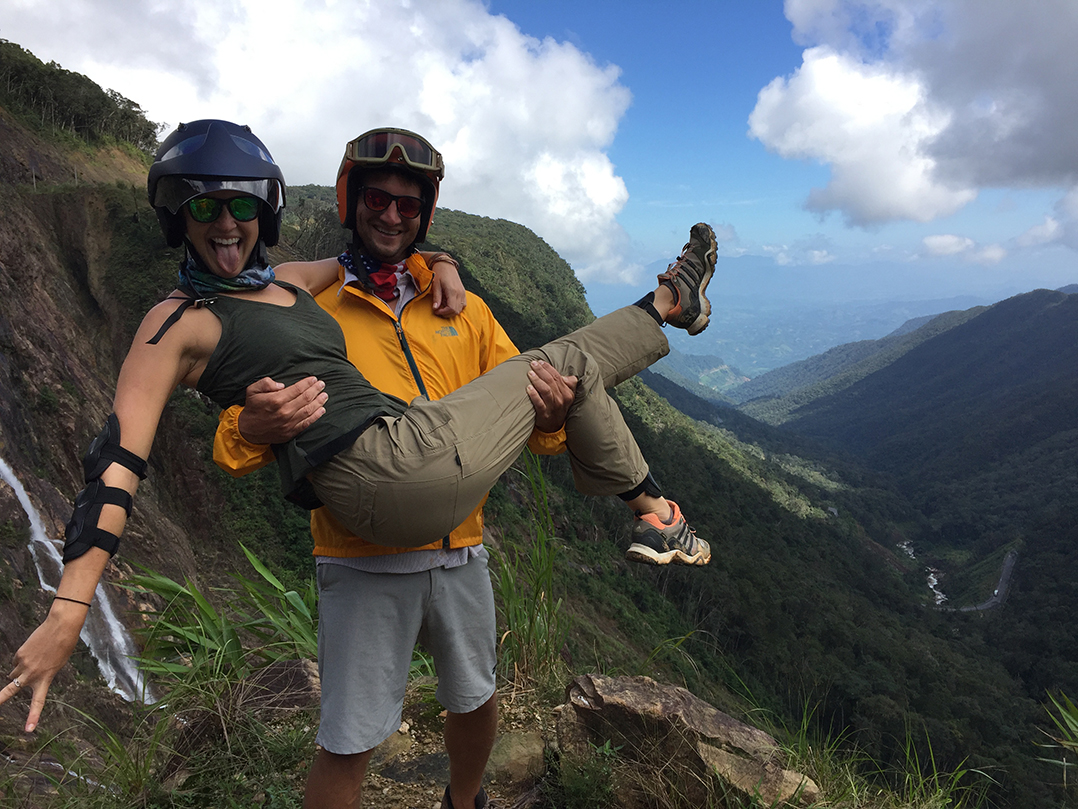 In 2015, Tim and Allison Diemer made the decision to quit their jobs, leave their lives in Chicago behind and spend a year traveling the world. What seems an unreachable fantasy to some, the Diemers said, can be done with careful planning and budgeting.

“We started tracking every dollar we spent,” Tim said. “Chicago is so expensive, and we lived in a tiny, tiny apartment. We stopped going out to bars so often and skipped dinner with friends and started meeting up afterwards. Little stuff like that. We could see once we started tracking our savings how much that affected what we were able to save.” 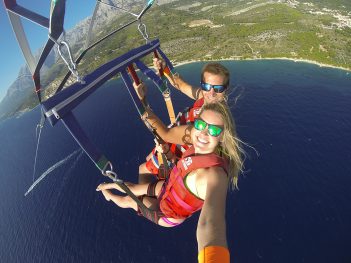 Tim and Allison Diemer parasail off the coast of Croatia.

After saving their money for two years, Tim and Allison finally departed Chicago with a plan to visit more than 25 nations, including Germany, Austria, Slovenia, Croatia, Italy, Poland, Greece, the Philippines, Thailand, Vietnam, New Zealand and Indonesia. The trip spanned 2015 and 2016.

Out of all the nations, the couple spent the most time in Vietnam, and it was one of the biggest highlights of the trip. According to Allison, they spent two months riding across the nation on motorcycles, covering about the same distance from Key West to Chicago.

“We realized while we were there how much longer it was going to take to see everything that we wanted to see,” Tim said. “That was supposed to be less than a month and it turned into two months. The Vietnam motorcycle ride was just one of those things you’re so excited for, and it exceeds your expectations.”

During their year of travel, Tim , who sells travel accessories on Amazon under the couple’s brand name TRIPPED, and Allison, who owns her own human resources consulting business, spent less than $50 a day on average, opting out of living luxuriously to stretch their money. They often found deals for lodging and airfare, staying in local hotels and finding cheap flights.

“For a lot of the trip we used airline miles that we had saved up, and we ended up applying for offers along the way to help with flight costs,” Allison said. “There were also some random, spontaneous trips along the way based on cheap airfare. When we were in Greece, we saw that it was only a $45 flight to Cyprus, an island off of the Middle East.”

Tim and Allison documented their adventures in a YouTube series called “Tripped.” At first, they filmed their travels as a hobby, but after posting a few videos they said they noticed people were actually watching them. Now, the series has been continued for 16 months. A new video is posted every Sunday. The couple also posts how-to videos with budgeting tips, packing tips and more.

When the trip was nearly over, the couple moved to Fishers after Tim was accepted into an internship in Indianapolis. They have lived in Fishers for almost a year and love the area.

“There was so much going on here (in Fishers) this summer,” Tim said. “We live three minutes walking away from the amphitheater and Holland Park. So, there’s bands, there’s the farmers market, there’s concerts during the week, there’s movies in the park. There’s just so much to do for what some people think is a small town.”

Tim and Allison aren’t finished traveling yet. They are planning their next trip in January, which they estimate will last three years. They plan to spend at least the first year traveling in a remodeled RV along with their 10-pound dog, Pepper.

Although the route is not fully planned, they plan to make their way from Alaska to Antarctica. They also will visit some other nations and states along the way, including Florida, Texas, Colorado, Montana, Canada, Washington, Oregon, California, Mexico, Columbia, Ecuador, Peru, Chile, Argentina and more. 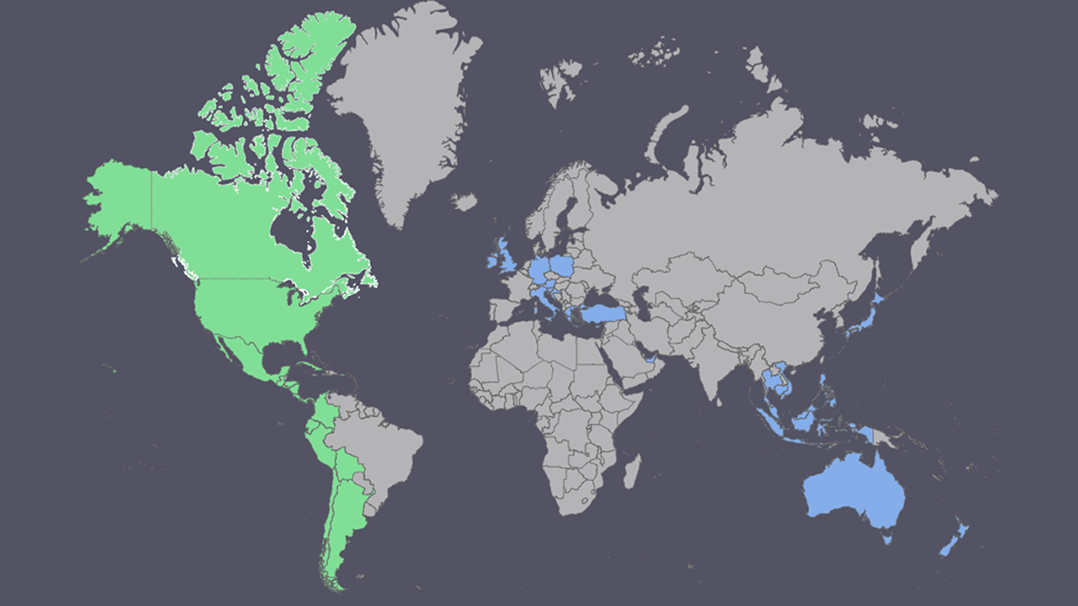 A map of the nations Tim and Allison Diemer visited and plan to visit. Blue nations show places visited during their last trip and green portrays the ones they will spend time in during the upcoming three-year trip.