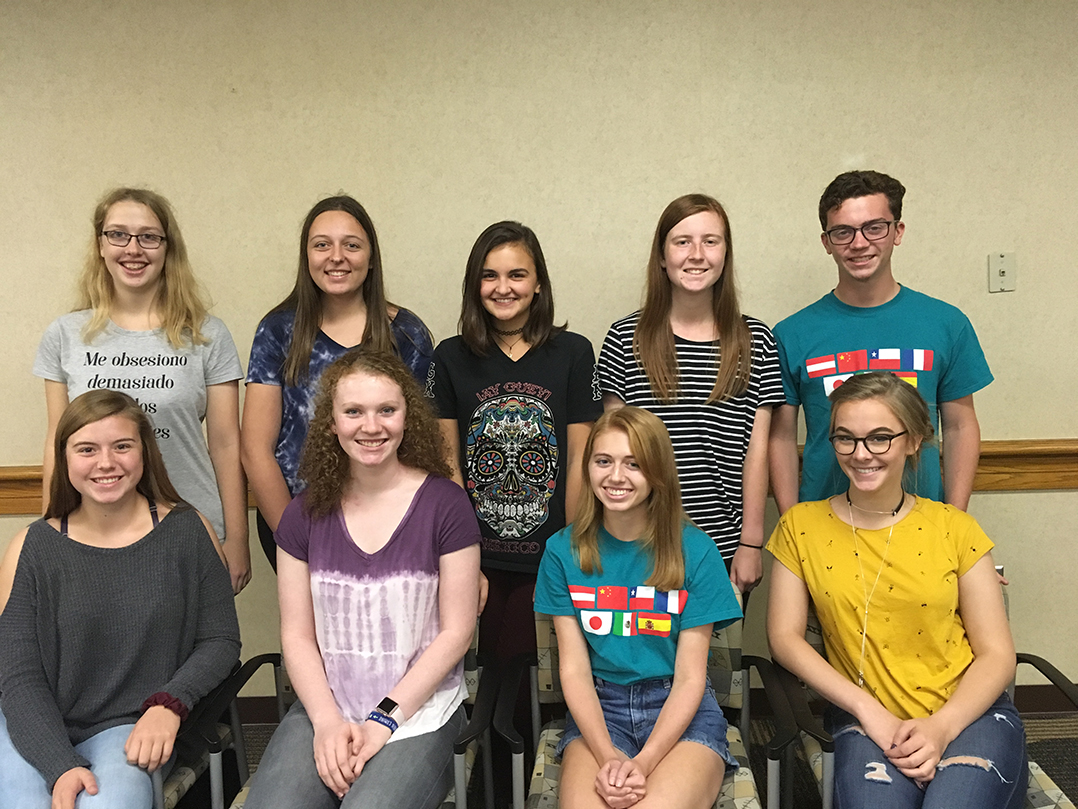 Carmel High School senior Julia Hussey had a special connection to the Indiana University Honors Program in Foreign Language before she even applied.

After all, her mother, Kate Hussey, had gone to Krefeld, Germany in 1986 as part of the program when she was in high school in Evansville.

“The most amazing thing about the IU Honors program in foreign language is the ability to form new connections and form deeper connotations with people from all different cultures all over the world,” said Hussey, who visited Leon, Spain. “There is something very profound about being able to understand another language, because it’s being able to understand another point of view. So learning Spanish has helped me with current events in our country as well as Spain.”

Hussey was one of 23 CHS students who participated in the six-week program this past summer. Eleven were from Spanish language classes, 10 from French and one each from Chinese and Japanese classes. The program started in 1962. The CHS students reported on their experiences to other students last month.

“When the Spanish people found out I was from America, the first question would always be, ‘Have you been to Hollywood?’ Or, ‘What do you think about Donald Trump?’” Hussey said. “It was interesting because I didn’t have vocabulary entirely to discuss my political views, so I stayed away from that. I did find out some interesting things about what Spanish people think of Americans. They think the show ‘Friends’ is the greatest thing that ever existed and everyone in their 20s knows what ‘Friends’ is and also ‘Baywatch.’”

Georgia Boyd got some Hollywood questions as well during her stay in Oviedo, Spain.

“One time Woody Allen had come to film a movie there and everybody would ask me what my favorite Woody Allen movie was, if I ever met Woody Allen, and I’m not even sure if he’s still alive,” Boyd said.

Allen, 81, filmed parts of “Vicky Cristina Barcelona” in Oviedo. There is a statue of Allen in Oviedo, which Allen has called his favorite Spanish city.

Summer Snyder, who was staying in Osaka, Japan, said there are many misconceptions about Americans.

“A lot of people are surprised how big American food portions are,” Snyder said. “I always got asked if everyone in America owns a gun. Using my Japanese I wanted to address those stereotypes and prove them wrong in some way. As a non-Asian, people assume I know zero Japanese. As a foreigner I wanted to prove I do have interest in their culture.”

“I think the best part is being so immersed in the culture, staying with the family, meeting new friends and just learning the language,” Trevino Amaro said. “Not just the written language but the spoken and conversational language and the culture that comes along with it.”

To participate in the program, students must be a sophomore, junior or senior at time of application and attend a high school in Indiana.  For more, visit iuhpfl.indiana.edu.