A new organization will benefit the Fishers Police Dept. and Fishers Fire Dept. through fundraising for families. 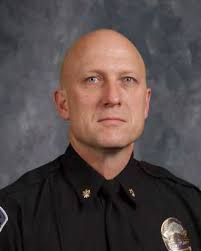 The Fishers Fifty Club was established in June. Its primary goal is to raise money to support police or fire families in the event of a line-of-duty catastrophic injury or death. Funds are raised through events and drives and then provided to the families for immediate needs.

“It is an honor to see our men and women’s professionalism and contribution recognized by our community and an avenue of relief for our responders knowing their family will be cared for in the event of their death in the performance of duties,” FPD Chief Mitch Thompson stated in a press release to Current.

FFD Chief Steve Orusa stated he has “gratitude for the generosity of these members of our community in the thoughtful, impactful approach to caring for our responders’ families.”

The most recent fundraising event was Nov. 8.

There has been one line-of-duty death of a Fishers firefighter. Raymond “Bud” Moulder died Oct. 13, 1967, leaving behind a wife and five children. He saved the life of another firefighter as his last act. No Fishers police officers have died in the history of the Fishers Police Dept.