You are at:Home»Night & Day»McNair to sing at St. Luke’s concert

“There is no other month of the year that I would rather be a singer than December because the music we get to sing in December is so beautiful,” she said. 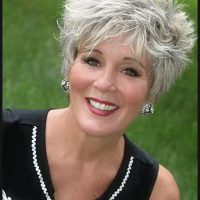 McNair said she expects to sing “Go Tell It on the Mountain” and “The First Noel” and “O Holy Night.”

Although the performances are free, attendees are invited to make a freewill offering to the Indianapolis Immigration Welcome Center. Offerings from the 2016 performances resulted in a $19,000 donation to a local food pantry.

“I will sing one piece dedicated to that organization, and that will be ‘Climb Every Mountain,’” said McNair, who is involved with Bloomington Refugee Support Network.

The Bloomington resident joined the faculty of the Jacobs School of Music at Indiana University in 2006 and served 10 years.

The most recent album was based on a cabaret show on her life called “Subject to Change!” in 2016.

“The recording before that was a Latin American jazz CD, which I’m very proud of, I love that,” McNair said. “I’m someone who spent 20 years singing opera and all kinds of classical music, and then for the past 15 years I’ve been doing more musical theater and jazz and pop projects. I’ve been on my feet singing for my supper for 35 years. I can hardly believe it.”

McNair said most of the performances are for charitable organizations.

“I have a lot of causes that are near and dear to my heart and want to make my singing useful to those organizations,” McNair said.