‘Tis the season for arts groups everywhere to offer something for the holidays, whether it is a traditional production of “A Christmas Carol” or a show filled with yuletide tunes. 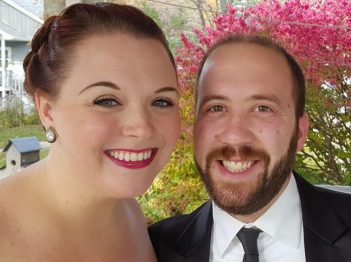 “What makes our show unique is that it was created completely based on the performers that we have,” Perry said. “The show’s shape, flow and content all come from the unique blend of people that make up our cast.”

The performers range in age from 15 to 80 and come from a variety of backgrounds — from a trained opera singer to a local news reporter to an improv comedian who loves to sing.

The show is an intimate, cabaret-style performance featuring vocalists from across central Indiana who chose their own holiday favorites to perform – with the Accetturos’ approval, of course. Audiences can expect to hear a mix of traditional, modern, sacred and secular holiday tunes, from “O Holy Night” to “You’re a Mean One, Mr. Grinch.”

“The most fun part for us was to include at least one group number that unites all of these individuals to close out the show,” Perry said. “Without the cabaret, this group of people would likely never share a stage or find themselves working on the same project, and that is something we’ve always loved about our cabarets.”

The Accetturos have produced and directed several cabarets with various themes throughout the CCP seasons. This is the first time in four years they are doing a holiday cabaret.

“At the last one, Vince got on his knee and proposed to me onstage during the show,” Perry said.

Patrons might want to arrive earlier than the 7:30 p.m. start times Dec. 1 and Dec. 2 and 1:30 p.m. Dec. 3 to listen to pre-show performances by other community groups. All tickets are $10. For more, visit carmelplayers.org.