You are at:Home»Current in Zionsville»Zionsville Business Local»Zionsville’s Avalon Jewelers to close after 27 years on Main Street 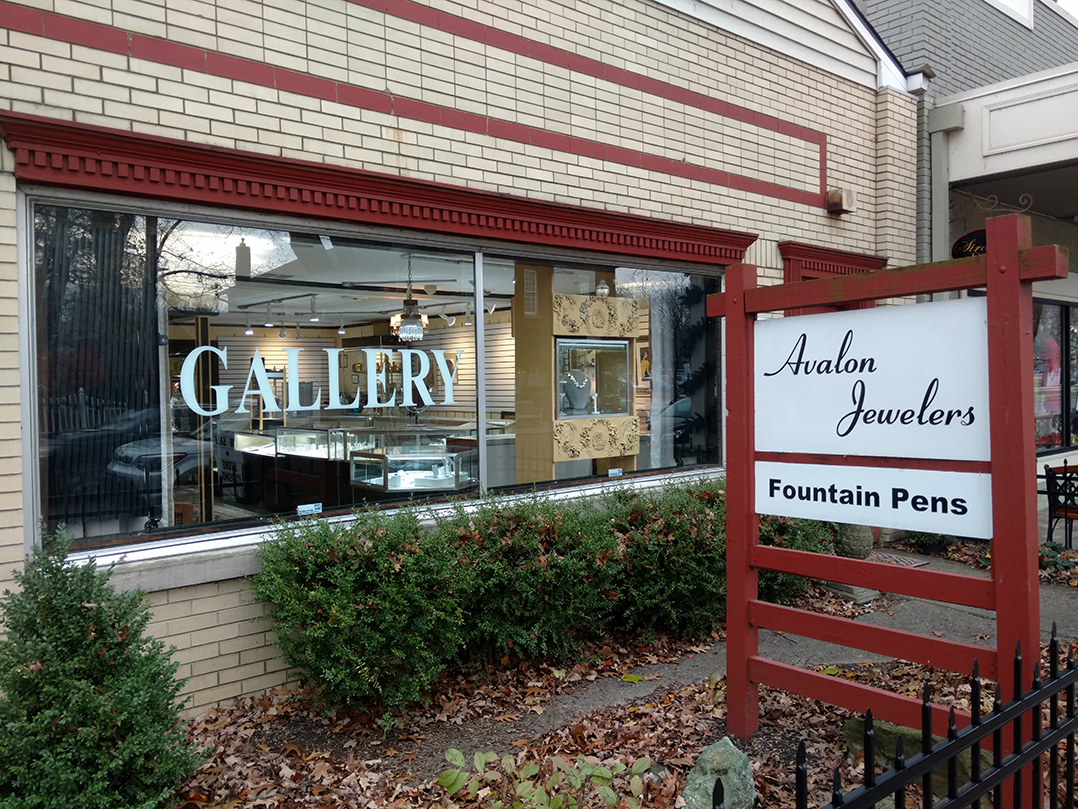 Avalon Jewelers plans to close its doors in early 2018. (photo by Heather Lusk)

After nearly three decades at the same location on Main Street, Avalon Jewelers will soon be closing its doors.

Schube opened the store in 1990 with partner Terry Johnson, who passed away in 2013.

The store sells fine art, estate items and custom-designed jewelry, but one distinguishing factor has been fountain pen sales and restoration.

“I’m holding history in my hands and restoring it to usefulness,” said Schube, who restores the pens herself. “A fountain pen is a utilitarian thing that can be a work of art.”

The timing of the store closing could be as early as the beginning of the new year.

“This is nothing you can rush,” she said. All items in the store are on sale at varying prices.

As for what comes next, much of the future is hazy for now.

“It’s an evolution of how I run the business, and how things continue and how things don’t continue,” Schube said. An internet store which opened in 1999 is among the elements that will continue.

It’s the human interaction that Schube will miss the most, such as when people are browsing the shop, asking directions or looking for a restaurant recommendation. She has seen families evolve through the years and watched their children grow up.

She will also miss the positive reaction to her custom jewelry designs, knowing that many pieces will be family heirlooms.

“A little piece of me goes with it,” Schube said. “So whatever happens to me there’s a little Susie running around maybe making somebody’s granddaughter, somebody’s grandson happy.”