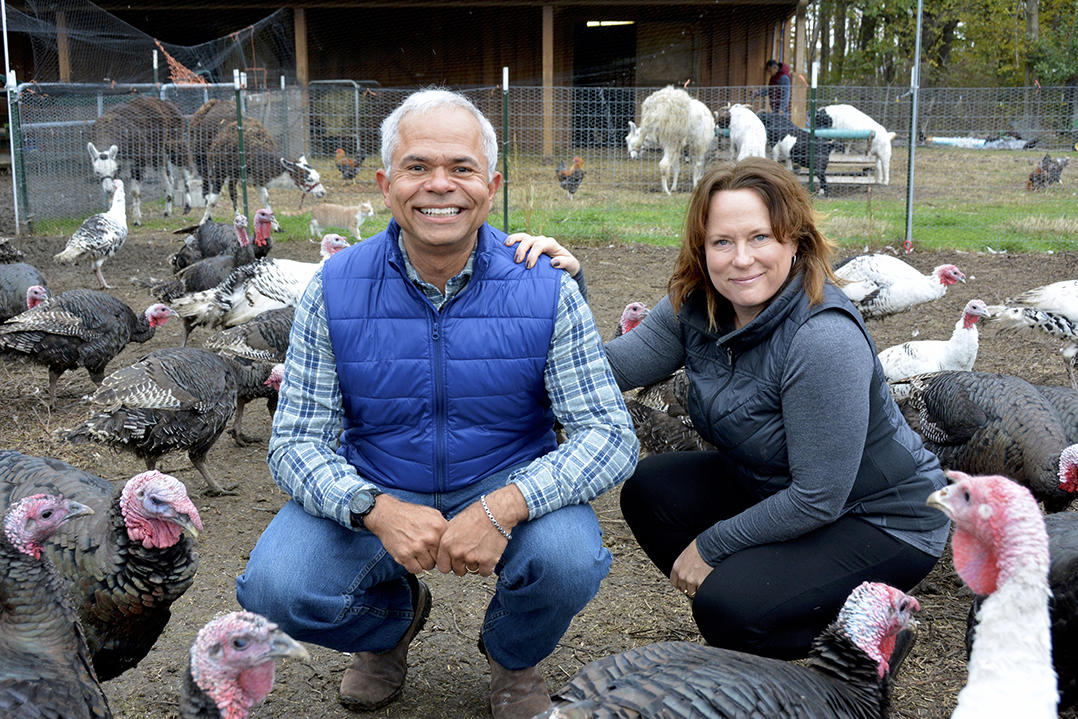 It began as a taste test that turned into a hobby and eventually became a small business.

Little by Little Farms at the edge of Zionsville will sell roughly 100 turkeys this Thanksgiving. It started when owner Stephanie Pinder’s aunt wanted to compare the taste of fresh versus frozen turkey “kind of before it was a popular thing,” Pinder said. “At that time there weren’t as many places to buy fresh turkeys.”

The following spring she bought three chicks, raised them during the summer and processed them before Thanksgiving. She said her family found the taste of the fresh turkeys significantly better.

“You can totally tell a difference,” Pinder said.

One other surprise was the speed with which the fresh turkey cooked, much more quickly than a frozen one.

In the seven years since that first taste test, the family added more turkeys to share with close family and friends, eventually creating an online ordering system last year.

“(Turkey) doesn’t have to be frozen in a plastic bag,” Pinder said. “People don’t know that that’s an option.”

Pinder raises three  varieties of turkeys, including Bourbon Red and Broad-Breasted Bronze. Each May she receives a shipment of chicks from a farm in Ohio. They’re raised under heat lamps for the first few weeks.

“That’s probably their most delicate time, because they’re very particular about their temperature,” Pinder said.

She and her husband Rob spend most of their time in the barn during those first crucial weeks.

Until a few years ago Pinder and her husband would clip the wings of the turkeys to prevent them from flying out of their pen and exploring the 6-acre property. Now, netting covers the enclosure that measures less than an acre.

They’re curious birds, investigating newcomers and moving as a mob through their enclosure. The turkeys are constantly gobbling, clucking and purring throughout the day.

“When they’re singing like that it’s good,” Pinder said.

Around October the turkeys are grouped each evening to assess size and estimate weight to keep the website updated on the number of turkeys available in each weight category.

About a week before Thanksgiving the turkeys are shipped to a USDA-approved processing plant in Fort Wayne.

Once the turkeys have left, Pinder said the farm atmosphere is strange for a while.

The processed turkeys can be picked up only on the Tuesday before Thanksgiving at the farm.

Those picking up turkeys can enjoy a bonfire, hot chocolate and see the other farm animals.

Then Pinder has a break from her feathered friends until more chicks arrive the following May.

Pinder’s farm also features several chickens, goats who keep the backyard hay leveled and four llamas who act as police, keeping an eye on the turkeys.

When the family finds a good farmhand,  they want to add more turkeys. Pinder’s children, now living away from home, used to assist, along with their friends. Pinder and her husband have full-time jobs but enjoy life on the farm and raising their flock.

“We like it. It’s fun,” she said. “We try to support local agriculture, for sure.”

Pinder only takes preorders for her turkeys, which are usually filled by early November through littlebylittlefarms.com. Turkeys are grouped by sizes small, medium, large and extra large. The turkeys range in size from less than 15 pounds to more than 25.

At $3.99 per pound, the turkeys are more expensive than frozen turkeys but cheaper than some ground turkey or organic counterparts. Although Pinder is not pursuing an organic designation, the turkeys are pasture-raised and antibiotic-free.

Every year, Pinder sets a few turkeys aside for a specific charity, which this year is St. Augustine Home, Little Sisters of the Poor, in Indianapolis.

She also ensures that her aunt, who inspired that original taste test,S always has a few turkeys to prepare for the family on Thanksgiving. 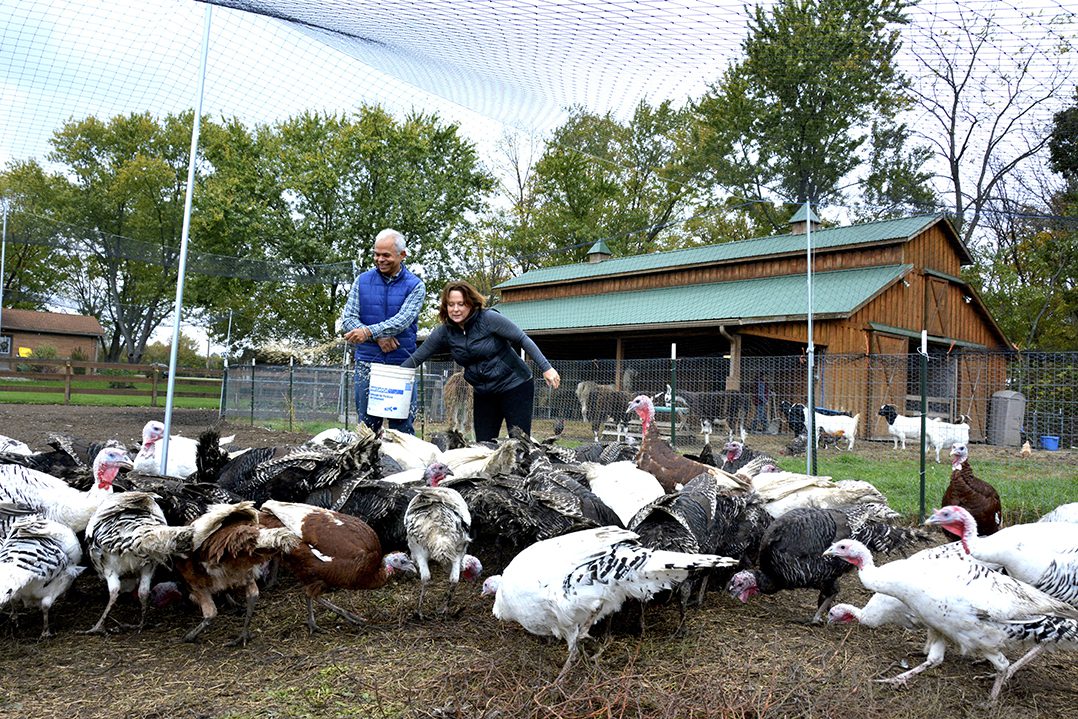 Rob and Stephanie Pinder care for turkeys at Little by Little Farm. (Photo by Lisa Price)

Rob and Stephanie Pinder have two children: Emily, who attends Auburn University, and Nick, who teaches English in Japan. The family shared some of their favorite things.

Favorite turkey fact: A fresh turkey that’s never been frozen cooks in half the time