A Noblesville man has been arrested for a robbery at a nearby CVS in Cicero. 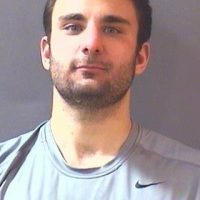 On Nov. 19, the Cicero Polie Dept. and Hamilton County Sheriff’s Office announced its arrest of William Haddad, 26, for the crime.

Haddad was booked to the Hamilton County Jail, 18102 Cumberland Rd., Noblesville, for once count of robbery.

Police allege that Haddad approached the pharmacy and demanded narcotics.

“We appreciate the efforts of the Riverview Health security,” Cicero Police Chief Dave Hildebrand stated in a press release. “Their work helped our investigators identify Mr. Haddad as a possible suspect and arrest him following further investigation by our department.”

Haddad has been released from the jail via the courts’ pretrial release program.