You are at:Home»Current in Geist»Geist Cover Stories»Holidays at the Fort: City of Lawrence, local groups kick off season this weekend 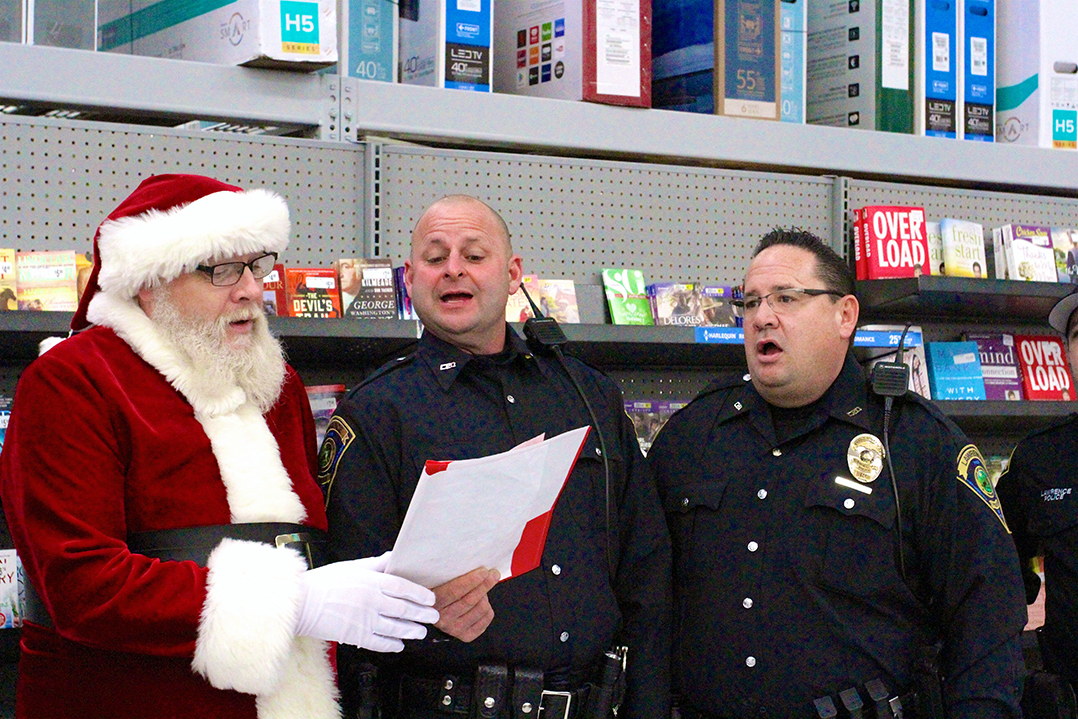 An original cabaret of sorts will make its way to the Theater at the Fort stage at the start of December.

Fishers husband and wife duo and founders of the Nickel Plate Players Sandy Thorne and Ashton Wolf, and their producer and colleague Aaron Henze, wrote the show together. Thorne is the show’s director.

“It’s not a true cabaret in that there is a story, but it’s just a sweet little story, and it’s mostly about getting the folks up to do the music,” Thorne said. 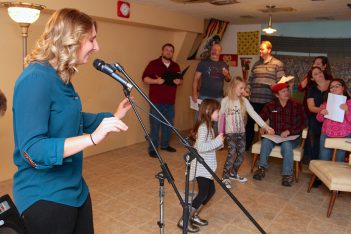 Katie Jones practices singing “Rockin’ Around the Christmas Tree” at a rehearsal. (Photo by Sadie Hunter)

“We came up with a concept where there’s a down-and-out songwriter who’s had a hard year,” Wolf said of the plot. “He’s also the keyboard player in a club. He’s trying to write a Christmas song. Spiritually, he needs something to uplift him, but he can’t really find the words. It’s through the interaction with his friends who are coming around and visiting him and trying to cheer him up that he comes up with the words, hook and melody and overall song. What happens is, he’s writing this song, and all the while he’s hearing people getting on the phone and saying, ‘Yep, I’m coming home, I’m coming home.’ So, he writes a song called ‘Coming Home.’”

The title song was written by Wolf’s former colleague Barbara F. Cullen, an artistic director for a theater in Louisville. Wolf also is playing the part of the forlorn songwriter.

“So we’re premiering her brand new Christmas song in our show,” Wolf said. “Of course,  we have a lot of other holiday favorites, but the whole thing is based around the idea of him writing this original song.”

Seventeen people make up the cast.

“It’s very choral,” Thorne said. “But we do have some super solo singers here. Then we have three adorable children in the show.”

The three kids – Kate Boice, Kennedy Kortz and Lexie Vahrenkamp – will sing a kid-friendly medley, which includes songs like “I Saw Mommy Kissing Santa Claus” and “All I Want for Christmas Is My Two Front Teeth.”

Tickets can be purchased at artsforlawrence.org. General admission is $20, students and seniors (62 and older) are $18 and veterans are $15. 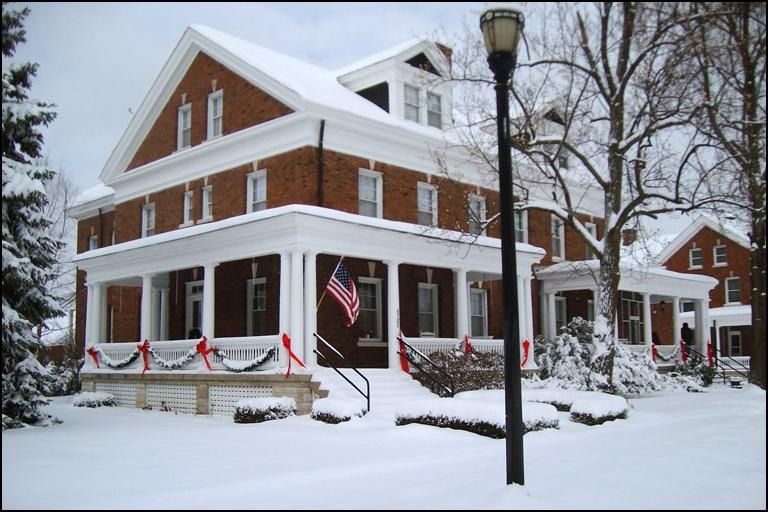 OTHER HAPPENINGS AT THEATER AT THE FORT

What: Arts for Lawrence presents its 6th Annual Holiday Home Tour fundraiser. The tour takes place in the heart of Historic Fort Benjamin Harrison and showcases seven locations around Lawton Loop, built between 1906 and 1908, including three original military barracks and four original officer quarters, which are now privately owned residences. The spots on the tour have been renovated, decorated for the holidays and include live music, sweet treats, hot cider and coffee. A gift shop and a wine tasting will be at 5707 Lawton Loop East. A free shuttle service between destinations also is provided. This is a self-guided tour and begins at any location on Lawton Loop. All proceeds from the Holiday Home Tour support Arts for Lawrence programming and benefits the Theater at the Fort.

What: Get in the Christmas mood with Heartland Big Band and special guests as Arts for Lawrence bring in toe-tapping music.

What: Dance Magic Performance Arts Center will present “The Nutcracker” ballet at Theater at the Fort.

The City of Lawrence will start the holiday season this weekend with “A Lawrence Christmas” – the annual tree-lighting ceremony and Christmas parade – beginning at 5 p.m. Nov. 25 at the Strerrett Center, 8950 Otis Ave.

Special appearances will be made by the Grinch, Santa and Mrs. Claus. Live music will be provided by a local children’s choir, the Lawrence Police Dept.’s Caroling Cops and Project Faith

The City of Lawrence and the Lawrence Fire Dept. are collecting new, unwrapped toys and monetary donations to start the 29th annual Firefighters Family assistance program for the holidays.

Toy donations can be dropped off at any of the Lawrence fire stations. There also will be a collection box in the lobby of the Government Center, 9001 E. 59th St. Monetary donations can be dropped off or mailed to fire headquarters at the same address, Suite 204. Donations should be in by Dec. 15 in order to be distributed to families in need. For more, call Shari Meyer or Dino Batalis at 317-547-4371.