You are at:Home»Current in Zionsville»Zionsville Community»Elwood man arrested for Zionsville burglary

An Elwood man has been arrested for allegedly breaking into a Zionsville home late Nov. 16.

Police were called to the 100 block of Spring Drive at approximately 11:54 p.m. Nov. 16 with reports of a burglary in progress. 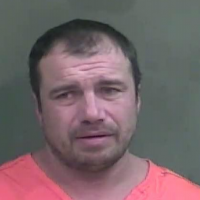 Zionsville police arrested Stephen James Gall, 40, after initiating a traffic stop on a 2001 Buick LeSabre at Sycamore Street and US 421. Officers observed Gall’s vehicle leaving the area of the burglary shortly after it was reported.

Gall has been charged with burglary, residential entry, possession of marijuana and theft.

The incident is still under investigation. A jury trial is scheduled for March 12, 2018.