You are at:Home»Lifestyle»Travel»Column: The Hoodoos of Bryce Canyon 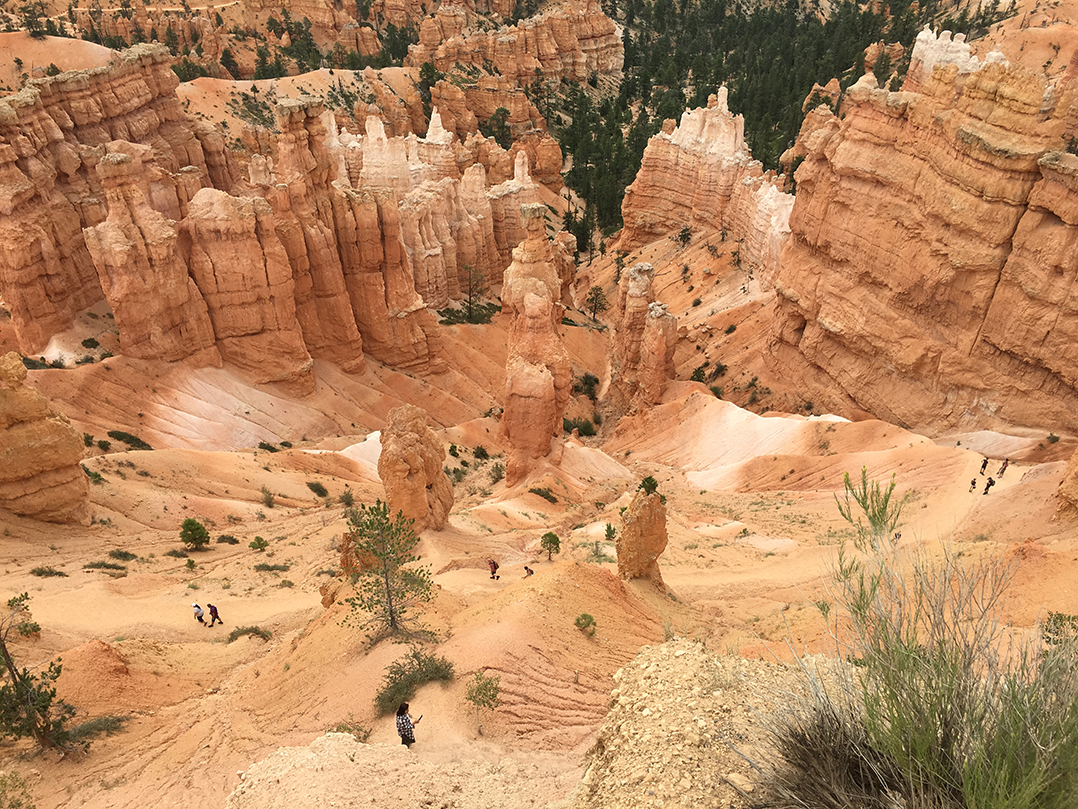 Many Americans know they can find Old Faithful, El Capitan and the Grand Canyon in a national park. Only a relative handful knows they can also find hoodoos in a national park. That is a shame. Hoodoos are among the most spectacular geologic formations in the United States.

More than 60 million years ago, what is now North America was split by an inland seaway connecting the Arctic Ocean and the Gulf of Mexico. Over millions of years, various kinds and colors of clay and soft rock settled at the bottom of the seaway. Beginning about 50 million years ago, shifting tectonic plates raised the sea bottom, creating the Rocky Mountains and the Colorado Plateau. Exposed to wind and freeze/thaw cycles, the layers of sedimentary rock and clay were selectively eroded, in some places creating spires called “hoodoos.” The largest collection of hoodoos in the United States is in southwestern Utah, where the erosion created a natural amphitheater.

Near the end of the 19th century, a Mormon immigrant from Scotland, Ebenezer Bryce, settled near the hoodoo amphitheater, raising cattle near what neighbors called “Bryce’s Canyon.” Although technically inaccurate (the amphitheater was not formed by flowing water), the name stuck. The amphitheater became Bryce Canyon National Park in 1928. With the acquisition of surrounding land, the park now includes 35,835 acres. A 5-mile hiking trail running along the amphitheater’s rim allows visitors to see the hoodoos from various perspectives and in different lights. For those not up for hiking, buses run along the rim, stopping at selected overlooks. Bryce Canyon and its spectacular hoodoos deserve to be better known and more frequently visited.

America’s 58 national parks are a national treasure. They are consistently clean, well-managed and always inspiring. They are among the many things we can all give thanks for as we celebrate Thanksgiving.