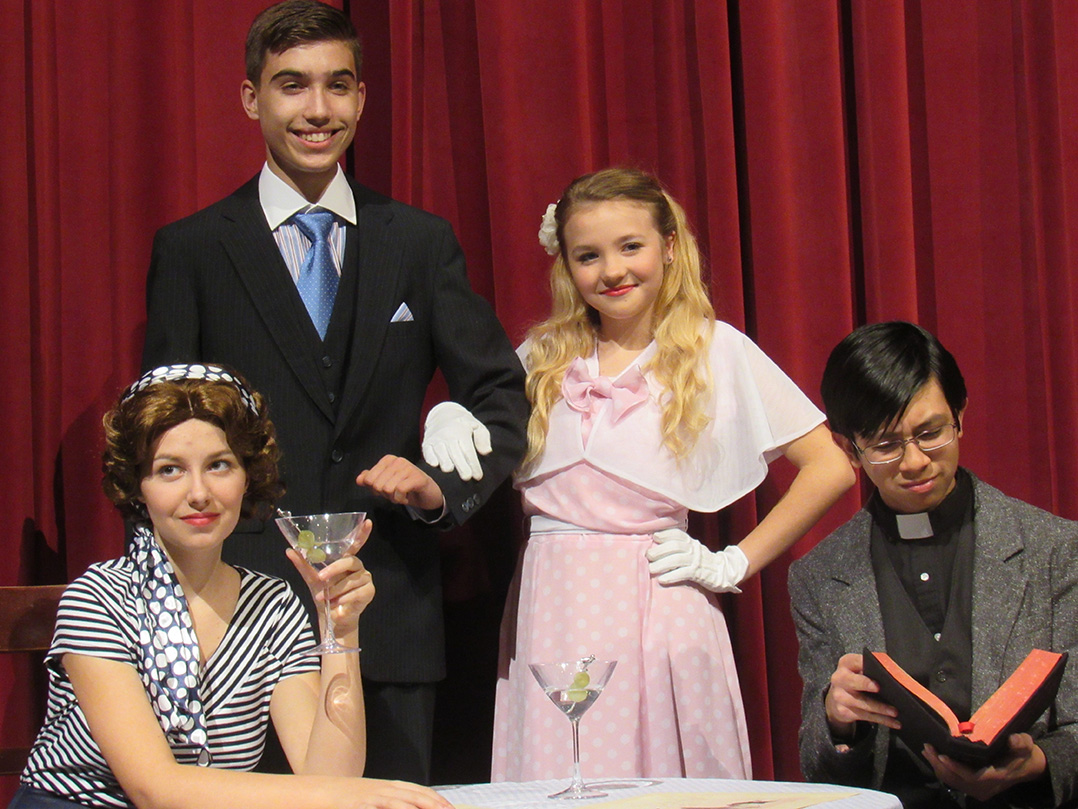 For Gabriel Escobar, the title of “Anything Goes” relates a bit to his character.

Escobar plays Moonface Martin, a small-time gangster who is disguised as a minister.

“He’s a comic relief character so he has all these funny lines,” Escobar said. “He’s super quirky and weird all the time, so it’s kind of like me, but way, way weirder.”

Michael Geary plays Billy Crocker, who is stowaway on a ship from New York to London.

“He’s very manipulative and he feels like he’s the best of the best and he is just kind of full of himself,” Geary said. “When it comes to Hope Harcourt, he kind of has a soft side.”

Crocker is in love with Harcourt, who is played by Meg Dearing.

“I like singing, dancing and acting all equally,” Dearing said. “I like how flirty she is. She is super sweet.”

Dearing said the title number of “Anything Goes” is her favorite because of the tap dancing.

“She’s a super confident woman,” Johnson said. “As I’m playing her, I feel I can find the confidence in myself. It’s really fun to play an adult because there are so many acting challenges that you work with. There is a lot of falling in love in the show, which is a challenge for all of us, and it’s really fun to figure it out.”

Johnson is enjoying the chance to tap dance in a Creekside show again, like she did as a sixth-grader in “Aladdin Jr.”

Creekside choir director Nicole Johnson and her husband Greg are co-directors. Their daughter is Kaylyn.

“Our ensemble is extremely crucial to the plot line,” Nicole Johnson said. “A lot of them have small bit lines.”

Tickets are $5 for adults and $3 for students. For tickets, visit creeksidetheater.ludus.com/index.php.