You are at:Home»Night & Day»Brickman set to perform ‘A Joyful Christmas’ Nov. 25

It truly is the most wonderful time of the year for Jim Brickman. 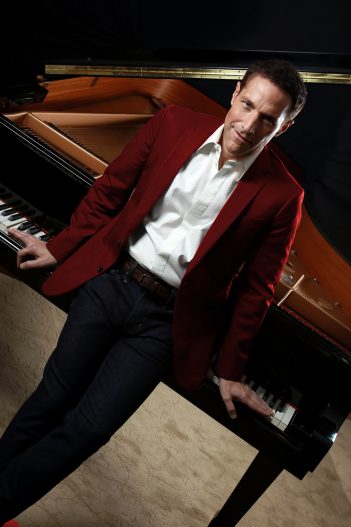 Brickman, who said Christmas is his favorite time of the year to perform, will present “A Joyful Christmas” at 8 p.m. Nov. 25 at The Palladium in Carmel.

“It’s all the hits, some new songs and Christmas classics,” Brickman said. “It’s a brand new show this year. What’s so great about the show is there is no band, so it goes wherever the feel and vibe takes it. That’s what is so great.”

Thus, the setlist will vary a bit from show to show.

Brickman is joined on stage by vocalist Ann Cochran and violinist Tracy Silverman.

“It’s just the three of us. So much talent we don’t need anyone else,” Brickman said with a laugh.

“I’m singing as well, so it’s very happy, joyful music,” said Brickman, who has twice been nominated for a Grammy.

“It’s all my own music the rest of the year,” he said. “I have too many songs that people want to hear, luckily.”

Brickman has shared duets with some other famous singers.

“When it’s someone like Johnny Mathis, or most recently Kenny Rogers, it’s still ‘pinch me’ moments because I’ve admired these people for my all life. Getting a chance to have them sing my song or my lyrics is just special. You always learn something. You always take something positive from those experiences. It’s a great way to put really great music out in the world.”

This is Brickman’s 10th Christmas album.

“I tour the most time touring at Christmas and then in the Valentine’s Day area,” Brickman said. “It’s really the performing arts center season that’s when touring is the heaviest for me. I have played with the Indianapolis Symphony Orchestra (at Conner Prairie) a couple times.”

This will be the fourth time Brickman has played at The Palladium.

“I love playing there. It’s such a beautiful place to play,” he said. “Just the feel and environment is so great. It’s such a wonderful way to celebrate the holidays. It’s just a joyful place to come.”

This will launch Brickman’s Holiday tour, which lasts until New Year’s Day.

Brickman is the best-selling solo pianist of this era, earning 21 No. 1 albums and 32 Top 20 radio singles in Billboard Magazine.

Brickman has had a syndicated, four-hour weekly radio show, “Your Weekend with Jim Brickman,” for 20 years.

“It’s a lifestyle show, music, food, health, money, fashion and entertainment,” he said. “I have celebrity interviews and artist spotlights, things like that.”

Where: The Palladium, Carmel

For more about Brickman, visit jimbrickman.com. For tickets, visit thecenterpresents.org.