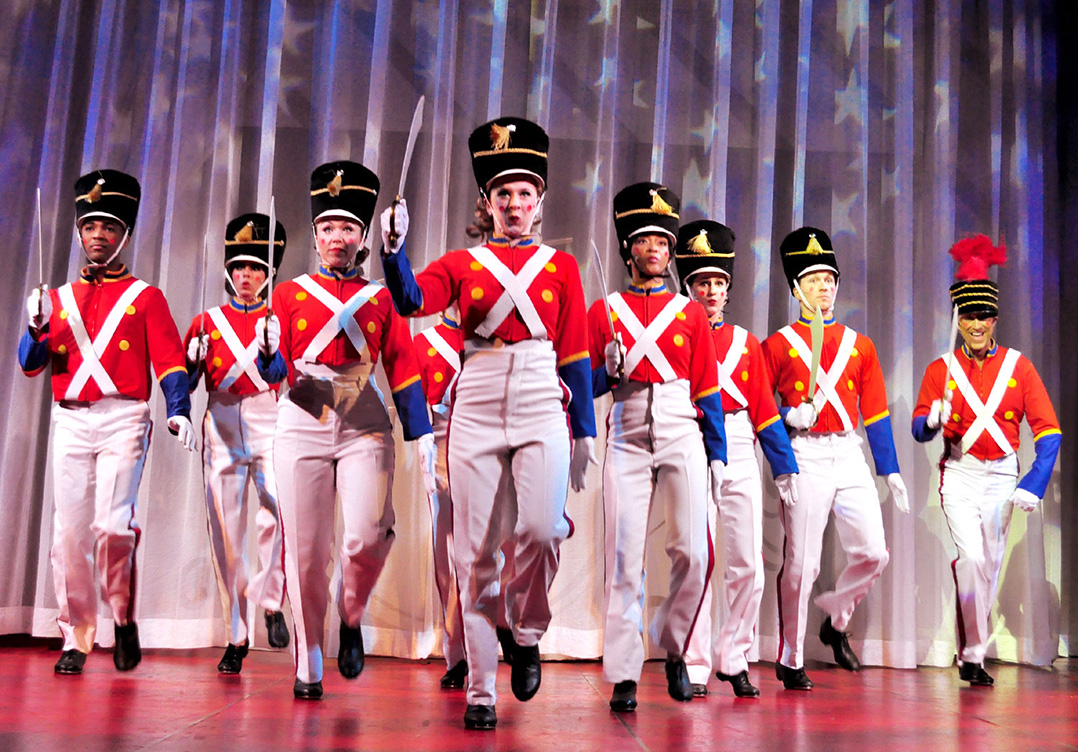 After this year “A Beef & Boards Christmas” will go on a hiatus. (Submitted photo)

For the last time in more than two decades, Beef & Boards owner Doug Stark will don his familiar red suit and play Santa as the Indianapolis northwest side dinner theater celebrates the 25th anniversary of “A Beef & Boards Christmas.” Opening Nov. 24 for a run through Dec. 23, this year’s production is significant not only for its silver anniversary milestone, but also for the fact that it won’t return next year.

After this year’s production, “A Beef & Boards Christmas” is going on a hiatus, Stark said. The variety show might return in a future season, but no definitive plans have been made. Opening up the holiday time slot allows Beef & Boards the opportunity to stage other seasonal productions the theater has wanted to present.

“”Elf, The Musical’ is coming to our stage for the first time in 2018,” Stark said. “‘A Beef & Boards Christmas’ has been our own original Christmas greeting to our guests for 25 years, but we hope to introduce even more families to Beef & Boards and become a part of their holiday tradition.”

Kenny Shepard, who has performed in the holiday show since its second year, will once again be the featured host.

Other familiar faces will take the stage as well. Principal singers Kyle Durbin, Betsy Norton and Peter Scharbrough all return from the 2016 production. They are joined by Marisa Rivera, who was recently seen on stage as Anita in “West Side Story.” The featured singer is Renée Jackson, who just made her Beef & Boards debut in “Ghost, the Musical” as Oda Mae Brown.

There will be 36 performances, with tickets ranging from $42.50 to $67.50. Price includes Chef Odell Ward’s holiday dinner buffet, fruit and salad bar, unlimited coffee, tea and lemonade.