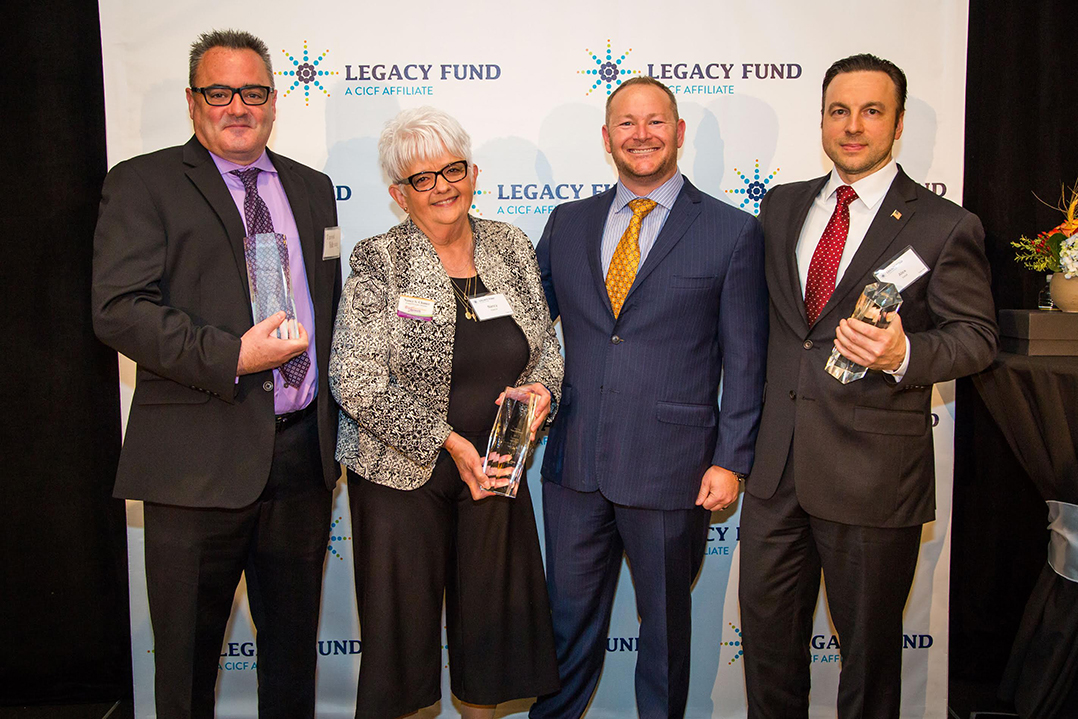 Nancy Chance started the Good Samaritan Network of Hamilton County from her home in 1980.

So, it seems fitting that the Noblesville resident and GSN executive director was one of the first three winners of the Legacy Fund’s first Community Pillar Awards. Chance won the Family Success award.

The Pillar Awards honor individuals doing visionary work to solve pressing challenges, build opportunity and equity, and create a brighter future for Hamilton County. The awards were announced at the Legacy Fund Celebration of Philanthropy Nov. 9 at the Ritz Charles in Carmel.

While the three winners knew they were being honored, they didn’t know they would be given $5,000 grants to donate to a nonprofit of their choice.

The other Community Pillar Awards were to Darren Peterson, also of Noblesville, in the Inspiring Places category, and Alex Volyk, Carmel, in the College Readiness and Success.

Chance is passing along the $5,000 gift to Recycled Cycles, a new program in Westfield, which reclaims and recycles gently used bicycles for Hamilton County and prepares them for families who may not be able to afford a new or used bicycle.

Chance said these are all volunteers who build ramps for handicapped in the summer who wanted to be put to work year-round.

“They all have an interest in bikes, and they do great work,” Chance said. “They’ve already refurbished 475 bikes for this year’s Christmas. It goes to at-risk families in Hamilton County. So it’s a way for kids to get out and moving. We want kids to be healthier.”

The bicycles also will be given to college students who need transportation.

Peterson, in turn, said he would give the $5,000 grant to Nickel Plate Arts for its arts programming along the Nickel Plate Rail Line, which runs through the communities of Fishers, Noblesville, Cicero, Arcadia, Atlanta and Tipton.

McGill said it will go to support new community initiatives, most likely in Noblesville because that is Peterson’s passion.

“I’ve known Darren for many years, he worked with my father for a long time, and it’s been fun to watch Darren transform over the past several years to someone who really is a community leader. He’s always been a business leader. He really wants to invest in the place he lives in. It’s inspiring.”

“With all the great things Nickel Plate does, I want to see more of that,” said Peterson, an Nickel Plate Arts board member.