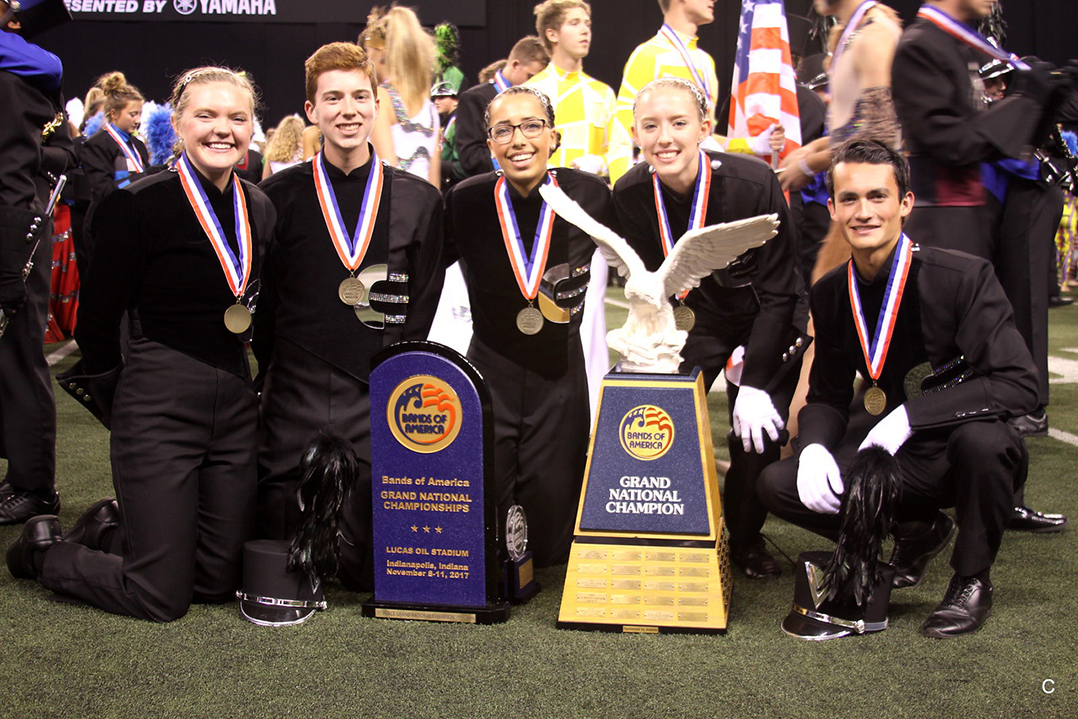 “I’m absolutely thrilled with the students’ efforts this year,” Kreke said. “We start each season with a discussion of the concept of excellence and what that means to our group.  We don’t spend time talking about trophies and finishes. The goal is to perform the show as close to perfectly as we can execute it.  This group of students came closer to that than any other that we have had.”

Carmel swept all three caption awards in the finals, Best Music Performance, Best Visual Performance and Best General Effect. Kreke said this is the first time in BOA history since the awards were consolidated in 1989 that has occurred.

The show, which is titled “Serenity,” featured the music of composers Arvo Part and Jules Massenet, along with original material by Richard Saucedo and Michael McIntosh. Kreke said the show was built around the concept of peaceful, serene moments and drew visual imagery from various cultures in the form of raked sand circles, garden swings, rock stacking and zen images.

“They were simply stunning in their performance (Nov. 11),” Kreke said. “They spent 493 hours in rehearsal time since the beginning of June and have never once wavered in their pursuit of the perfect performance. I couldn’t be more proud of the resulting performance and I’m even more proud that this group gets to call themselves national champions for the rest of their lives.”

Carmel has been a Grand National finalist for 22 straight years, the second-longest streak in the nation to Marian Catholic’s 34 in a row. Eighteen of Carmel’s 22 appearances were top five national finishes.

“This was the first undefeated season for the marching band in school history,” Kreke said. “Along the way, we also won three BOA regional titles this year (BOA Dayton Regional, BOA Indianapolis Super Regional and BOA Southern California Regional). We are one of only three groups to win three regional titles in one year and are the first group to do so and win Grand Nationals in the same year.”