You are at:Home»Current in Zionsville»Zionsville Business Local»MOBI survey results: Desk phones out, wireless policies in

Zionsville-based MOBI recently presented the results of a survey with IT decision makers, discovering a surprise that will impact its business. 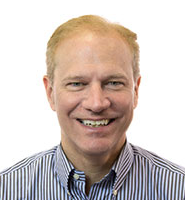 Enterprise Mobility and What Comes Next, a survey of representatives from 300 multinational businesses, was presented by MOBI Senior Vice President Chris Koeneman in at an October end-user meeting.

Ninety-one percent of IT decision makers believe they have a wireless policy, determining guidelines and usage of company-owned devices. Yet MOBI employees verifying the information with their customer data found a different result.

“We found a very low percentage of them actually have a wireless policy in place,” Koeneman said. “They say one thing on the survey, but we found in fact it’s pretty low.”

Because MOBI can identify which customers have policies in place and how recently they’ve been updated, it plans to implement a reminder in its software to encourage customers to update their policies or create one.

Several other elements of the study were surprising to Koeneman.

“Companies have said this for years,” said Koeneman, noting desk phones are still frequently in use with businesses.

The lack of corporate-issued devices, voice and speaker quality all impact the need for desk phones.

More than half of the businesses interviewed said that business use of digital assistants, such as Siri or Google Now, is expected to increase in the next five years.

“There’s more optimism around virtual assistants than I would have anticipated,” Koeneman said.